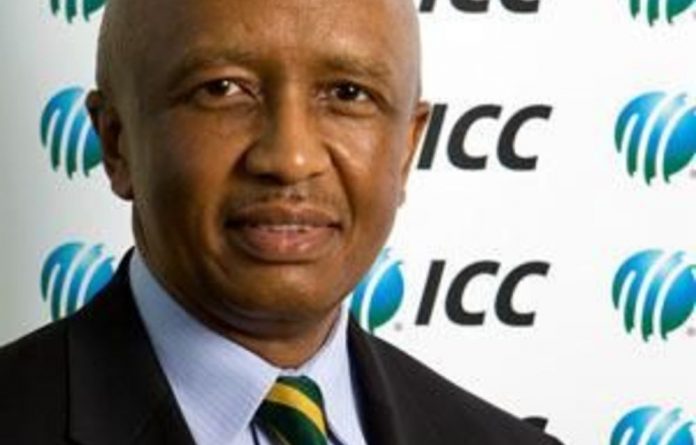 Sports Minister Fikile Mbalula said on Sunday that he would appoint a committee to look into a KPMG audit’s findings against Cricket South Africa (CSA).

The members of the committee would be announced next week, Mbalula told the media in Rosebank.

He said a retired judge would head the committee which would help bring the issues raised in the audit to a close.

Whatever the judge recommended would be implemented “even if heads have to roll,” said Mbalula.

The KPMG audit recommended that CSA’s remuneration and travel allowance policy be reviewed.

It found an apparent non-disclosure of bonus payments to CSA employees, contrary to Companies Act requirements and suggested that CSA seek the legal advice of senior counsel.

Disrepute
Mtutuzeli Nyoka was axed as CSA president at a special meeting on Saturday.

Nyoka had been at loggerheads with the CSA for two years after making repeated calls for an independent inquiry into CSA finances and bonuses paid to staff including CSA chief executive, Gerald Majola.

The board dismissed Nyoka in February but he fought his removal in the North Gauteng High Court and was reinstated two months later. CSA then agreed to the audit.

Majola was found to have “made an error of judgement” in failing to clear bonus payments with CSA’s remuneration committee. No action was taken against him.

While Nyoka continued to argue for sterner measures to be taken, the board backed Majola.

CSA’s board announced last month that it intended ousting Nyoka for bringing the organisation into disrepute by disregarding the majority decisions of the board and damaging its reputation.

Help us
CSA vice president AK Khan was appointed as acting president until CSA’s next annual general meeting in August 2012.

On Saturday he appealed to the media to help restore the image of cricket in the country.

“We are all honest and decent people. Help us to move the game forward,” Khan said.

He pleaded to the media to consider the positives achieved by CSA before making a judgement against the national cricket body.

“We’ve made mistakes — we’re human beings — but we love the game,” Khan said.

“We hope you will help us to get back.”

New measures
Khan said it required a team effort to serve the board and the members had to work together. He said Nyoka had not played his part.

“When we meet in a board meeting, we debate, we discuss and we fight and come up with a policy that best serves the interests of cricket,” he said.

“When we leave the meeting, our statements must reflect the board’s policy.

“Individual views should remain individual, otherwise that brings about ill-discipline and causes the kind of damage which we have seen here.”

Khan said he was “deeply saddened” by the battle between CSA and Nyoka which had raged for two years.

He added that CSA would introduce new measures of governance.

“We will undergo a vigorous induction program so we can learn our duties and responsibilities,” he said. — Sapa

‘Put farmers at the heart of food systems’ to feed...

The Food and Agriculture Organisation’s QU Dongyu says food systems have to be transformed to make them more resilient and inclusive.
Business

Crematoriums, funeral parlours and cemeteries were forced to close, leaving the families of those who died during the unrest to live with their bodies.
Coronavirus

As more vaccines arrive in the country, South Africa could administer 420 000 doses a day
Advertising