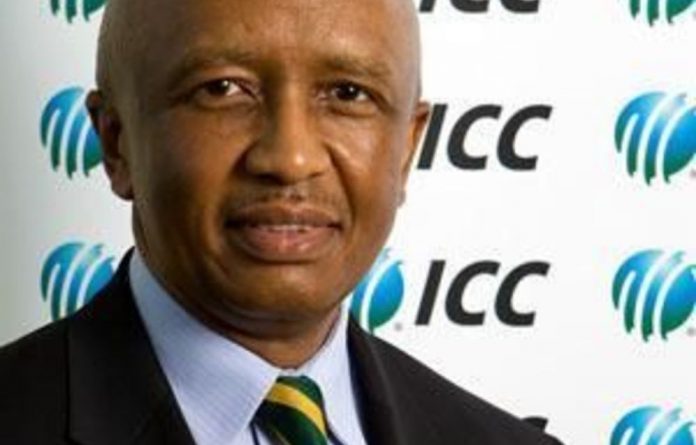 Cricket SA (CSA) has cancelled its advertising with 702 after comments made by John Robbie about its bonus scandal and the state of its administration, reported the Sunday Times.

However, CSA spokesperson Michael Owen-Smith denied that the cancellation was linked to Robbie’s comments and said CSA had merely changed its advertising strategy.

According to the newspaper, the advertising was worth about R500 000.

Primedia could not be reached for comment on Sunday.

CSA president Mtutuzeli Nyoka was axed at a special meeting on Saturday.

Minister of Sports and Recreation Fikile Mbalula was scheduled to hold a media conference on the matter at 11am on Sunday.

Nyoka and CSA had been at loggerheads for two years, after he made repeated calls for an independent inquiry into CSA finances and bonuses paid to staff including CSA chief executive Gerald Majola.

The board dismissed Nyoka in February, but he fought his removal in the high court in Johannesburg and was reinstated two months later. CSA then agreed to an independent KPMG audit.

Majola was found to have “made an error of judgment” in failing to clear bonus payments with CSA’s remuneration committee, and to have breached the Companies’ Act at least four times. No action was taken against him.

While Nyoka continued to argue for sterner measures to be taken, the board backed Majola.

CSA’s board announced last month that it intended ousting Nyoka for bringing the organisation into disrepute by disregarding the majority decisions of the board and damaging its reputation.