Mormonism moves into the American mainstream 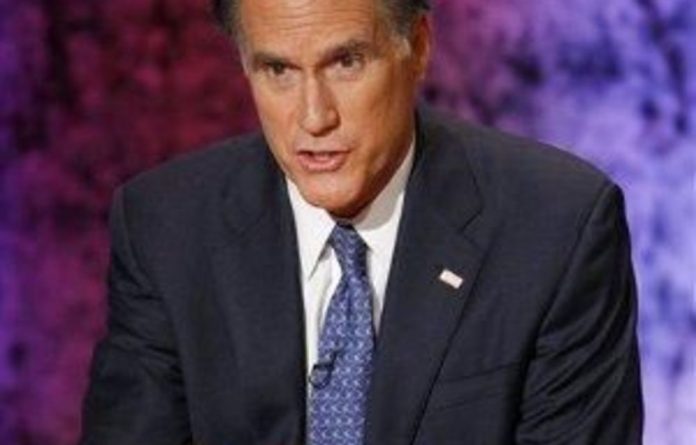 The stone-clad building stands on a busy intersection in the heart of Manhattan’s Upper West Side. There is little to distinguish it from any other modern place of worship in New York: it has a simple design, subtly decorated windows and a modest spire — one topped by a golden statue of a trumpet-wielding angel. And that is the difference: the angel, unfamiliar to most Christians, is called Moroni.

The building is the Manhattan temple of the Church of Jesus Christ of Latter Day Saints, better known around the world as the Mormons. There are other temples scattered throughout New York, serving a growing community in the city of one of the world’s youngest but fastest-spreading faiths. Normally associated with the desert mountains of Utah, where it has its headquarters, the church’s six million-plus members are rapidly rising to prominence in America’s consciousness: two Mormons are running for the Republican presidential nomination. Indeed, Mitt Romney is a frontrunner in that race and by 2013 the US could have a Mormon president.

There are already 15 Mormons in Congress, including Democratic Senate leader Harry Reid. Right-wing media firebrand Glenn Beck is a Mormon. So is rock star Brandon Flowers, lead singer of the Killers, and former Utah governor Jon Huntsman, contending with Romney for the Republican nomination. Mormons run businesses such as hotel chain Marriott International, and shows about them — such as the HBO drama Big Love — are television hits. For a faith that has often been persecuted, Mormonism, it seems, has never been more American.

“I am not only a New Yorker and a Mormon, but I am proud to be so. I have raised a family here,” says David Buckner, a business consultant who worships at the Manhattan temple. For Buckner (48) who has called New York home since 1995, the city and Mormonism are a perfect fit. “There is a deep respect for different religions here in New York. People are respectful of our mores and values.”

That is not true everywhere. Robert Jeffress, a leading conservative Baptist minister with links to Romney’s rival for the nomination Rick Perry, recently launched a blistering attack on the faith, calling it a “cult” and saying it is “not Christianity”. Others appear to view the emergence of Mormonism into everyday life with nervousness: a poll in June found one in five US voters would oppose a Mormon candidate for president.

Nor is that a reflection of concern only on the religious right. Mormonism takes a strong view against gay marriage: it has provided financial backing for campaigns to stop same-sex couples getting full married rights, notably in California in 2008. The church’s actions triggered nationwide protests by campaigners.

Fred Karger, a gay Republican running at the back of the pack in the 2012 nomination race, has become a vocal critic of Mormonism. “My major concern with the Mormon faith is the basic tenet of obedience. If a President Romney got a call from the president of the LDS [Latter Day Saints], he has no choice but to obey. It is obedience over family and country,” he says.

Little known religion
That comment echoes criticisms levelled at president Kennedy, when his Catholicism — and theoretical obligation to the papacy — came under attack. But it also raises the questions of just what Mormons believe in and where the swiftly spreading religion comes from. “In general, a lot of Americans know very little about the Mormon faith,” says David Cohen, a political scientist at the University of Akron.

It began in the 1820s in upstate New York when the church’s founder, Joseph Smith, claimed to have discovered a holy work, inscribed on a set of golden plates, called the Book of Mormon. It included an account of Jesus appearing in the US. Smith drew together a group of followers and, fleeing persecution, began a movement west before being killed by a mob in Illinois. His successors settled in Utah and continued the church’s controversial acceptance of polygamy, allowing men to take multiple wives.

The modern church, however, has long condemned plural marriages, though it continues with several practices at variance with other Christian faiths. For example, many members wear special underwear, known as “temple garments”. The church also places special emphasis on converting the dead: because of their belief that families are eternal, Mormons feel a duty to posthumously baptise ancestors so that all may be together in heaven. That is why the church is behind a huge genealogical effort to collect family histories.

Sometimes boundaries are overstepped in the tracing of ancestors. The church became embroiled in controversy after Holocaust victims were found on its databases. In 2009, it was discovered that Barack Obama’s recently deceased mother, Stanley Ann Dunham, had been posthumously baptised.

Of course, while to non-Mormons much of this can seem strange, the same could be said about many traditional practices of other faiths. What Mormonism is dealing with is not its beliefs, but its newness. Other religions’ prophets lived hundreds or thousands of years ago and have become an accepted part of human culture. Mormonism was born in the industrial era. Its expansion is coming at a time of iPhones and the internet, and its entry into the mainstream is bound to involve scrutiny of its agenda.

“The church is eager for it to be better known and a bigger player. They see that as part of their churchly mission,” says Matthew Burbank, a political expert at the University of Utah.

The LDS is also nothing if not media-savvy. It has launched an ad campaign to “normalise” its image, with portraits of people from diverse backgrounds under the slogan “I’m a Mormon”. “There’s a national conversation going on about Mormonism and we want to be a part of it,” says LDS spokesperson Eric Hawkins.

But it is not hard to find Mormons in Manhattan. Take Natalie Hill (30) a Broadway dancer. She does not drink or smoke, which the faith discourages, but that does not interfere with her enjoyment of New York; she even pens a blog called Mormon in Manhattan. “People are sometimes afraid of what they don’t know,” she says. “I am just like every other New Yorker, but I have a deep faith that roots me in where I come from.”

She is happy to confirm that she wears temple garments — though not when she is working. “I know people call them ‘magic underpants’, but I don’t wear them on stage,” she laughs. – guardian.co.uk