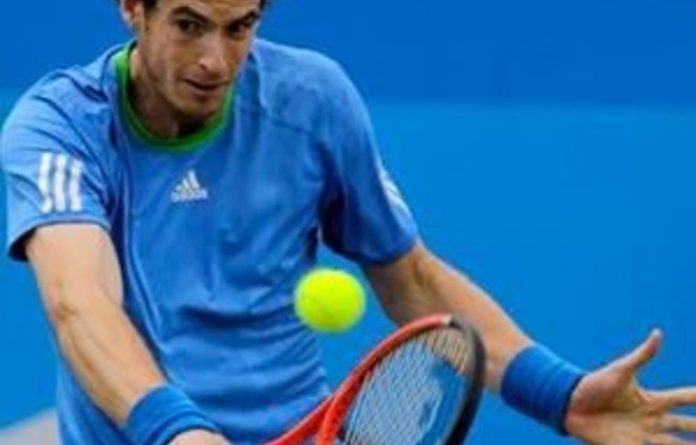 Andy Murray sealed an Asian title treble on Sunday, guaranteeing he will leapfrog Roger Federer in the rankings for the first time to number three after a 7-5, 6-4 win over David Ferrer.

Defending champion Murray (24) was tested by the Spaniard but ultimately had too much for the world number five, wrapping up his eighth Masters title in one hour and 45 minutes.

It is the third ATP tour title in as many weeks for Murray who was victorious in Bangkok and Tokyo during a perfect Asian swing and has now won 15 matches in succession.

“It’s been one of the best runs of my life. I’ve played very, very well the last few weeks and I was very nervous today because I wanted to try and win here and defend my title. I’m very happy I managed to come through,” said Murray.

“I was hitting the ball well but there’s still a little bit of tension because you want to try and keep the run going,” he added.

Murray admitted that topping Swiss 16-time Grand Slam winner Federer in the rankings was a boost even though he was aiming higher than number three, adding he was not yet guaranteed to finish the year in third place.

“If you finish in front of Federer in a year, then there’s not many people the last five, six, seven years that have been able to say that. So that’s obviously, you know, a nice thing if I can do it,” he added.

The first game of the match at the Qi Zhong stadium lasted 10 minutes with a succession of lengthy baseline rallies before Murray broke to seize an early advantage — only for Ferrer to immediately break back.

Serve then dominated until the 11th game, which proved to be the turning point of the set and the match, Ferrer double-faulting to lose the game after looking comfortable at 30-0.

The second set followed the same pattern at the start with Murray grabbing the early break only for Ferrer to pull level at 1-1 as the Scot smashed a ball into the ground in frustration.

But a horrendous missed overhead from third seed Ferrer handed the British player two break points in the following game and he made no mistake, hoisting a lob from behind the baseline to win the game and going on to take the match with few alarms.

Ferrer (29) who was disappointed with his serving said, “Today it was impossible to beat Andy.”

“Here in Shanghai I’ve had the best moments of my career. I reached the final in 2007 [Masters Cup] and again this year. I hope to win it next year. I know it will be difficult but Shanghai is my second home,” he added.

Murray has won 25 of 26 matches since mid-August, his only defeat coming in the US Open semi-finals to Rafael Nadal, whom he beat in the Japan Open final.

When the new rankings are issued on Monday, Murray will have just Novak Djokovic and Nadal ahead of him as he targets finishing the year as the number three player in the world, something he has never achieved before.

Murray has been ranked as high as number two but his highest year-end finish is number four. He has never been ranked higher than Federer.

Murray’s successful defence of his Shanghai Masters crown means that Federer, absent from Shanghai, will slip to number four — his lowest ranking in more than eight years.

The last time Federer was ranked lower than number three was way back in June 2003, the month before he won his first Grand Slam at Wimbledon. — AFP

“The young guns are missing a bit of guts. A bit of balls. A bit of ‘Okay, I’m here and I want...
Read more
National