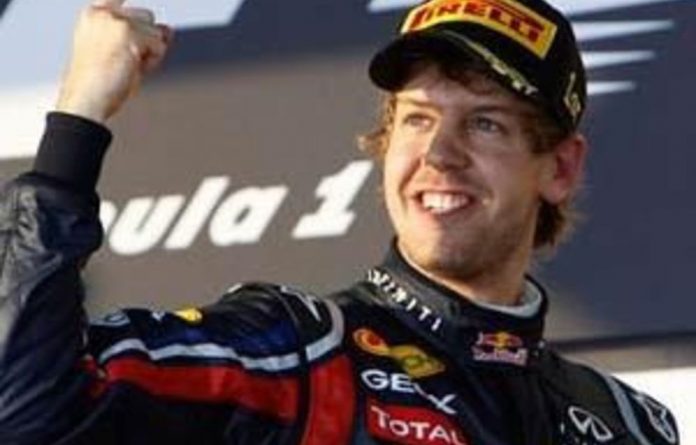 Just a week after cruising to third place in Japan, where Vettel confirmed himself as the 2011 drivers’ world champion, the 24-year-old German was uncatchable as he drove to his 10th win this year and 20th of his career.

“This is special for us all, for the whole team,” he said. “It was not such an easy race but we did it. After the drivers, the constructors’ — it’s fantastic.”

Vettel started second on the grid but took the lead from Briton Lewis Hamilton of McLaren on the opening lap to pull clear and produce a flawless drive to the chequered flag.

He came home in a winning time of one hour, 38 minutes and 1.994 seconds, 12.019 ahead of Hamilton, who drove a splendidly controlled defensive race to stay ahead of Vettel’s Red Bull team mate Mark Webber.

Flourish
Vettel delivered a final flourish with the fastest lap of the race on his last circuit as the top five were separated by just 15 seconds.

Felipe Massa was sixth in the second Ferrari ahead of Jaime Alguersuari of Toro Rosso, Nico Rosberg of Mercedes, Sebastian Buemi of Toro Rosso and British rookie Paul Di Resta who grabbed a point for Force India team in 10th place.

Seven-time champion Michael Schumacher (42) was forced into an early retirement after being his Mercedes car was damaged in a collision with Vitaly Petrov of Renault, for which the Russian apologised.

Vettel showed he has no intention of easing off as he bids to equal Schumacher’s record of 13 wins in a season.

“In terms of preparation it was not ideal because most of us were tipsy after Sunday night but we deserved that,” he said.

“But to come here and have a tough Friday and a tough Saturday morning and to come back in qualifying and in the race was fantastic.”

“A second title is testimony to the dedication and commitment of the whole team. We’re going to enjoy this moment — it’s been a phenomenal period for the team,” he said.

Slipstream
On a cool, grey day with intermittent drizzle, the race started in dry conditions with Hamilton leading off the grid from his 19th pole position.

Behind him, the field squeezed up through the first two corners feeding into the long back straight where Vettel pulled into Hamilton’s slipstream.

Having set himself up, the new double champion exploited his position with a bold passing move under braking into turn four. The Red Bull swiftly opened up a 1.2 seconds lead, Hamilton having given no resistance.

Button also made a poor start and fell to sixth on the opening lap as the leaders jostled for places and by the start of lap two Vettel led Hamilton ahead of Webber, Massa, Alonso and Button.

The order remained unchanged until lap 14 when Button pitted first ahead of Rosberg. On release, they ran side by side with Rosberg narrowly ahead in the pit lane before Button conceded position, only to regain it immediately as Rosberg appeared to falter in the fray.

Hamilton pitted a lap later and was followed in by Vettel, Red Bull immediately covering the Mercedes strategy before an uncontrolled attack by Vitaly Petrov saw him slide into Schumacher at turn three on lap 17.

The Renault driver slammed into the back of the old champion’s Mercedes, causing serious damage to both cars. Schumacher lost his rear wing, suffered a puncture and had to retire.

Petrov, who also abandoned his race with broken steering as the safety car came out for three laps, was handed a five-place grid penalty for the next race.

Wheel-to-wheel racing
On resumption, Webber resisted a charge from Button as the order resettled with Vettel 1.4 seconds ahead of Hamilton, Webber and Button, up to fourth.

Webber then closed on Hamilton and began a series of attempts to pass him with thrilling wheel-to-wheel racing on lap 33 as they interchanged positions before both pitted and, within a lap, resumed their battle.

But the duel cost both drivers time and allowed Vettel to pull clear by more than 10 seconds. The scrap for second also encouraged Button, in fourth, to close the gap with Alonso hot on his tail.

“I give up!” said Alonso at one point, in a radio comment in English — designed, it was suggested, to encourage McLaren to relax.

The British duo both maintained their positions.

Hamilton (26) has faced mounting speculation about his aggressive driving-style.

“I would never question my belief in myself,” he said after his dogged performance.

But it is Vettel and Red Bull who will be full of self-belief after dominating the season. — AFP