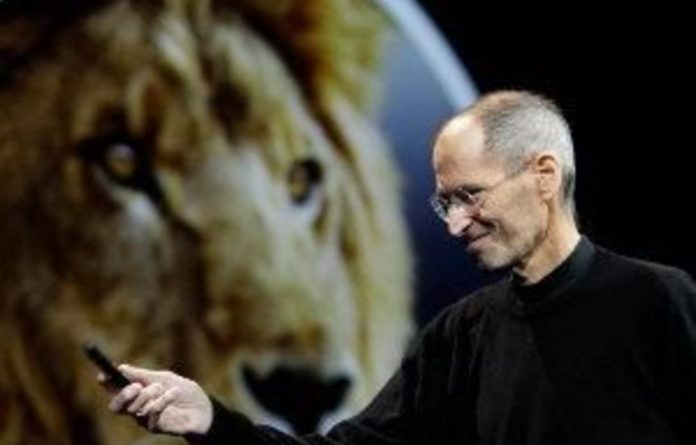 A Buddhist temple on Malaysia’s island resort of Penang has held a religious ritual in which mourners bit an apple to hasten Apple visionary Steve Jobs’s reincarnation, a report said Tuesday.

Jobs, who was known for his Buddhist leanings, died on October 5 aged 56 after a lengthy battle with cancer, triggering worldwide mourning for the man who was the driving force behind the iPod, iPhone and other tech advancements.

Sunday’s ritual in Penang came about after temple medium Wong Sao Tian claimed to have had a recent vision of the Chinese deity Mazu, who told him to grieve over Jobs’s death, the Chinese-language Sin Chew Daily reported.

About 40 people showed up for the event in which each person took a bite out of an apple and observed three minutes of silence before the apples were thrown into the sea to “help Jobs reincarnate more quickly”, the report said.

“Jobs is the one [who] changed the world, that is why Mazu asked me to hold a mourning ceremony for this genius,” Wong was quoted as saying.

The Federation of Taoist Associations in Malaysia and several other Buddhist groups in the country criticised the ritual as “ridiculous and superstitious”, the report said.

Wong could not be reached by AFP for comment.

Mazu, the Chinese goddess of the sea, is believed to protect fishermen and sailors and is a popular deity among ethnic Chinese in south-east Asia. She is revered both by Taoists and Buddhists. — AFP