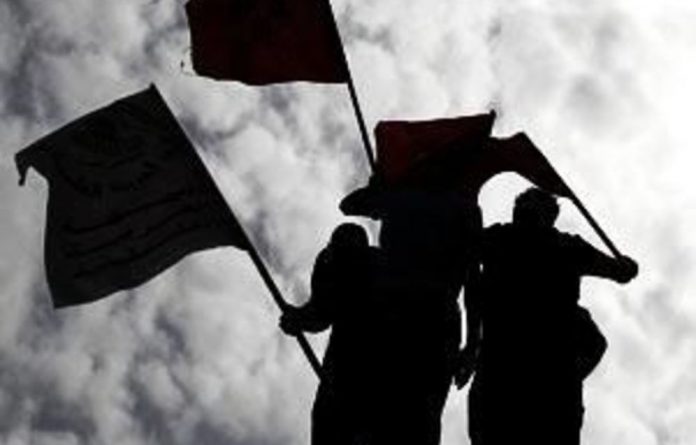 Buses of Palestinian prisoners were on Tuesday headed for drop off points near Gaza and the West Bank in the first stage of a swap which will see the release of Israeli soldier Gilad Shalit, a military official said.

The landmark deal between Israel and its bitter Hamas enemy, which will see the release of Shalit, a soldier who has been held by Gaza militants for more than five years, is the highest price ever paid by the Jewish state for one person.

And if all goes to plan, it will be the first time in 26 years that a captured soldier has been returned to the Jewish state alive.

Prisoners depart
Public radio said 96 prisoners had left Ketziot prison in the south and were headed for Ofer military camp near the West Bank city of Ramallah.

The remaining 334 were in the process of being transferred to Kerem Shalom crossing at the southernmost point of the Israel-Gaza border.

In the north, the 27 women and the remaining 20 Arab Israeli prisoners and those from east Jerusalem, were also dispatched to their respective drop-off points in Israel and the West Bank.

In total 477 Palestinian detainees are due to be released on Tuesday, hundreds who were serving life sentences for deadly attacks.

The first prisoners freed from Ketziot were dressed in civilian clothes although their hands and feet were manacled, public radio said.

Heavy security
A correspondent at the scene said there was very heavy security on the roads, and the radio said more than 1 000 police officers had been deployed along the convoy’s route.

Egyptian diplomats were also present as the buses pulled away after the prisoners’ identities were checked.

Emotions were running high across Israel, where Shalit, held for over five years, has enormous symbolic importance.

And Palestinian across the West Bank and Gaza were also preparing to give a hero’s welcome to the returning prisoners.

Corporal’s punishment
Shalit was a 19-year-old corporal on duty along the Gaza border when he was captured on June 25 2006 by militants from three Gaza-based groups, including Hamas.

Three days after he was snatched, Israel launched a massive military operation against Gaza in a bid to secure his release, which lasted five months and left more than 400 Palestinians dead.

Shalit was expected to be transferred Tuesday morning from the Gaza Strip to the Egyptian Sinai peninsula before travelling on to Israel.

He will be met at the Tel Nof airbase in southern Israel by Israeli leaders including Prime Minister Benjamin Netanyahu, before being reunited with his family.

Shalit’s family have been readjusting and preparing for the long-awaited return of their son to their home in northern Israel, after finally moving out of the Jerusalem protest tent they called home for nearly 16 months.

Welcome rally
Throughout the Palestinian territories, celebration preparations were underway, with Hamas expected to hold a massive welcome rally in Gaza City and Palestinian president Mahmud Abbas slated to greet the released prisoners in the West Bank city of Ramallah.

Hamas has declared Tuesday to be a national holiday, and three days of celebrations are also to be held in towns and cities across the West Bank.

Late on Monday the Israeli Supreme Court upheld the government’s prisoner exchange plans, rejecting four appeals against the release, including one from a terror victims’ group.

In all, Israel will free 1 027 Palestinians, with a second group of 550 to be released within two months.

Seven Arab Israelis will return to homes in Israel, and one woman inmate will go home to her native Jordan.

Another 40 Palestinians will be exiled overseas to countries which so far include Turkey, Syria and Qatar, Hamas officials said. — Sapa-AFP