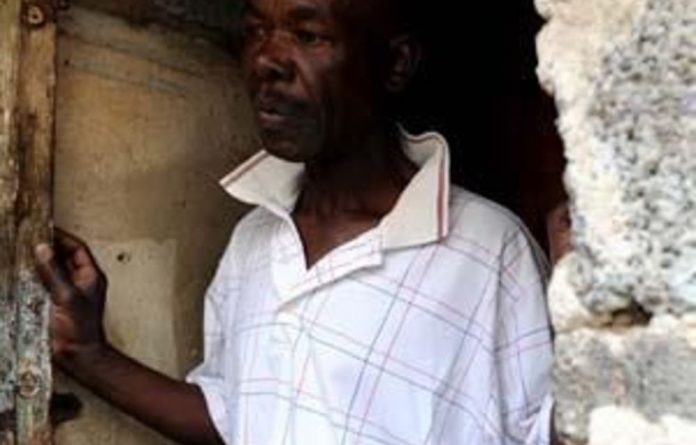 Residents of the township of Alexandra in Johannesburg have warned of an uprising over foreigners living in RDP houses.

“If government doesn’t want to help us then we as the community need to rise up on our own,” said resident Angeline Masango on Wednesday.

“It’s going to be difficult. To my knowledge the people of Alex … are angry.”

Masango said she had registered three times for an RDP house, but was told she would need to pay R3 000 or R6 000 if she wanted to get one.

“I’m staying in a shack … life is difficult. Some days you come home and find your bed is wet because of the rain.”

“They [foreigners] must have their own place — not around us,” said the 55-year-old woman. “We feel bad because our children don’t have houses … I’ve been waiting about 10, 15 years for a house.”

“I gave my money to someone in the council,” she said.

Worry over violence
Albert Mhlare, another Alexandra resident, said he was worried that violence would erupt over foreigners living in the area.

“We know they are not allowed to be there,” he said. “I’m very worried about the violence.”

On Tuesday, residents put up posters warning foreigners to vacate RDP houses. They delivered pamphlets to the houses and hung posters on street lamps.

It was reported that the posters read: “You are violating our rights to own our RDP houses.”

In one of the letters handed out, they said: “The residents of Alexandra don’t want … xenophobia unless you give them a cause to do so”.

In another letter they said: “We demand that you vacate at your own free will without being pushed like animals or aliens.”

Residents have given the foreigners until Sunday to vacate the houses in the township.

Money, money, money
Residents say foreign nationals are receiving RDP houses before the locals because they are able to pay.

“I didn’t pay because I have got no money,” said Marks Lehlokoa.

“They give [houses to] foreigners with money. Government is doing nothing. They don’t care about us,” said Lehlokoa.

A 25-year-old resident, who did not want to be named, said people in S’swetla, an informal settlement in Alexandra, were being moved into the RDP houses.

This was where most of the foreigners were living and a bridge had been built to connect S’swetla and Alexandra.

“Some people call their friends and tell them to come build a house by the bridge, because then they will be moved to an RDP house,” she said. “It is a bit unfair because I’ve been waiting since 2007.”

The woman said she was also worried about violence flaring up over the issue. The best people to sort out the problem were those in the African National Congress Youth League, she said. — Sapa