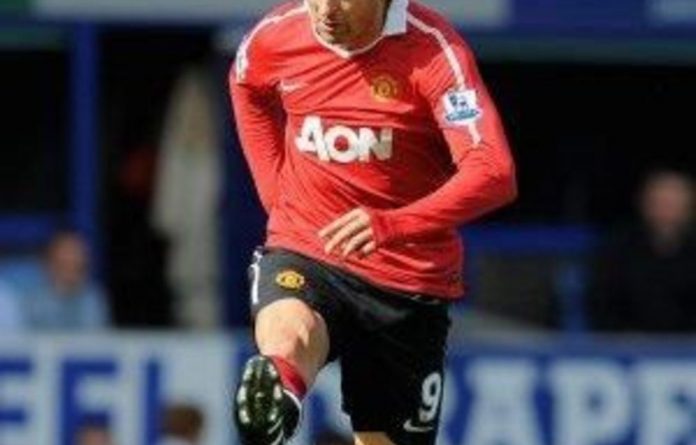 Manchester United striker Dimitar Berbatov has refused to come out of international retirement after several hundred Bulgarian fans made the trip to Romania to urge him to change his mind.

“I didn’t expect such reaction,” said Berbatov, an unused substitute in his team’s 2-0 Champions League win over Otelul Galati at the National Arena in Bucharest.

“I can’t play for the national team if I’m not playing for my club,” he added, in a barely concealed plea to United manager Alex Ferguson for more first-team soccer.

Berbatov, who boasts a remarkable international scoring record of 48 goals in 79 matches, quit the national team in May last year.

Bulgaria have struggled in his absence and scored only three goals in the Euro 2012 qualifiers to finish bottom in their group for their worst qualifying campaign.

“I would like to thank the fans, it was very pleasant. My teammates wondered what was happening and I had to explain to them [about the noise from the stands],” added the 30-year-old.

Berbatov also has to fight for his place with 21-year-old Danny Welbeck and former Liverpool and Real Madrid striker Michael Owen.

“I want to get more chances because I know I can help the team,” Berbatov said. “I’ll continue to give my best to earn my place in the team.” — Reuters