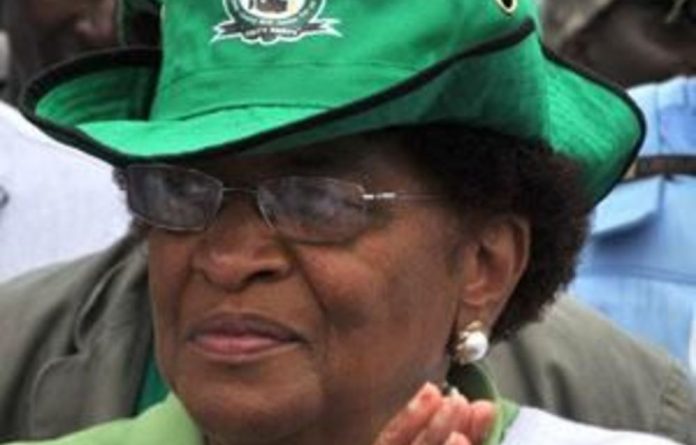 A former warlord has announced that he will support Nobel peace prize winner Ellen Johnson Sirleaf in Liberia’s run-off election, boosting her campaign to win a second term as the country’s president.

The surprise move marks the latest stage in Prince Johnson’s transformation from war crimes suspect to political power broker in a country still reeling from a 14-year civil war.

Results announced on Sunday showed that Sirleaf, Africa’s first freely elected female head of state, had won 44% of the vote ahead of her main rival, Winston Tubman, who received 32.2%. Johnson, who had previously said he would support Tubman, said on Tuesday he would back Sirleaf as the “lesser of two evils. I am one of the most powerful forces in the country,” he said. “They thought I was irrelevant and now I’m the kingmaker. It’s great.”

Johnson was infamously filmed in 1990 drinking Budweiser beer while his men tortured and killed the former president Samuel Doe. He later fled to Nigeria, where he reinvented himself as a born-again Christian, and in 2005, he was elected a senator in Nimba, the country’s second largest county.

TRC’s findings ‘unconstitutional’
In 2009, Johnson was among 50 people who Liberia’s Truth and Reconciliation Commission recommended should be banned from public office for 30 years, but the commission’s findings were ruled unconstitutional by the country’s supreme court, and Johnson won 12% of the vote in first round of the presidential election earlier this month.

Now Johnson portrays himself as a man forced to extremes in order to remove a dictator. “Senator Johnson of yesterday in combat against Doe is not the Senator Johnson now. He’s a born-again Christian. He’s an evangelist. He’s a man of God,” he said.

Dressed in traditional African cloth and a red fez, Johnson still commands fear and subservience from his followers. “Turn off your phones,” he shouted at the men crowded around him listening to every word. “Can’t you see I’m doing an interview?” But he counts on fierce loyalty from the people of Nimba, where the memory of Doe’s scorched earth tactics is still fresh.

In Kpatuo, a nine-hour drive from Monrovia, the town commissioner, Peter Lankah, described how locals fled into the bush as Doe’s soldiers went on the rampage in nearby villages. “If it wasn’t for Prince Johnson, this town would have been burned completely just like the other towns around here,” he said.

“Prince Johnson is my heart’s desire,” said Lankah’s son, Jenkins. “If it was not for Prince Johnson we the Nimbaians, we would not be alive.”

An hour’s drive along the road is Yarssonah, a village which was burnt to the ground by Doe and his men. Sitting on the porch of his small mud hut, elder Jimmy Kpo, remembers it all. “They destroyed everything. Nothing was left. We had to rebuild everything ourselves,’ he said. “[Johnson] rescued us and fought for us to be alive today,” said Yei, one of Kpo’s 23 children.

On Saturday, Johnson and Tubman and several other opposition parties announced they were withdrawing from the election over allegations that officials had rigged the vote count in favour of Sirleaf. But Tubman has since confirmed he will participate in the run-off on November 8.

Sirleaf, a former World Bank economist, has earned international praise for maintaining stability and reducing Liberia’s colossal national debt. But at home she has faced criticism over her failure to improve the economy and increase employment.

On Tuesday, Tubman said he was still holding out hope that Johnson would support his Congress for Democratic Change. “I’m still talking with him [Johnson]. I don’t feel the door is closed yet,” he said.

But Johnson was adamant that the people of Nimba would follow him and cast their vote for “Ma Ellen”. “They will listen to me. They believe in me. I am their son,” he said. — Guardian News and Media 2011