An ace deal for premier’s associate 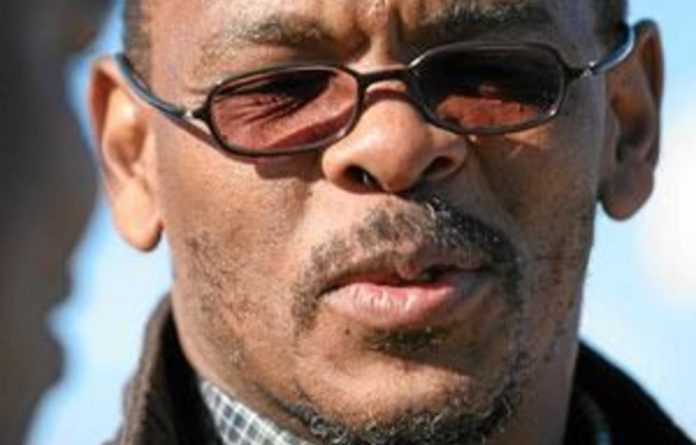 His spokesperson may claim that Free State Premier Ace Magashule has no influence over the allocation of tenders in the province. But the Mail & Guardian has hard evidence of Magashule’s direct involvement in the awarding of a multimillion-rand provincial government lease to a former business associate and current business partner of his son.

The M&G has a copy of a contract signed by Magashule in July last year that approved granting a provincial government lease to Sambal Investments to accommodate the Free State sport, arts, culture and recreation department in the Business Partners Building in central Bloemfontein.

Magashule was once the provincial sports minister and was a Sambal director from January 10 to August 15 2008. Sambal now has one director — Mohlouoa ‘Blacky” Seoe — who is in business with the premier’s son, Tshepiso Magashule. Tshepiso and Seoe share an active membership in a company called Chitoss Trading.

When the premier went to China with provincial ministers to explore business opportunities in May last year, Seoe accompanied him as leader of the business delegation.

But despite being sent a copy of the contract, Magashule’s spokesperson, Wisani Ngobeni, denied that the premier had either signed or approved the lease.

‘No role’ for Ace

Recently, Ngobeni insisted that Magashule played no role in the allocation of provincial tenders.

The M&G also sent Ngobeni a copy of a letter by the former acting head of the public works department, Butcher Matutle, which states: “The contract documents were prepared by the legal advisors of the department of the premier and are accepted by the department [of public works] and the landlord.”

Questions have been raised about whether proper procurement processes were adhered to in granting the lease. Documents seen by the M&G have raised further questions.

On July 28 last year, Magashule wrote to Thabo Manyoni, the former provincial police, roads and transport minister, asking him to “take a decision on the rental agreement for the Business Partners Building —”

But the lease contract has a commencement date of May 1 2010, which suggests that Sambal started leasing the building almost three months before the contract was officially approved.

With a monthly rental of R230 000 since May 1 last year, Sambal will have netted nearly R115-million by the time the 15-year lease expires at the end of April 2025. This is if the annual 7.5% escalation rate remains higher than the annual consumer price index — the contract stipulates that the higher of the two will apply.

Neither Seoe, the department nor Magashule’s office could provide evidence of a tender for the lease, despite the M&G‘s requests. Seoe’s lawyer, Marilie van der Merwe, referred the newspaper to the provincial government for comment.

Magashule and Seoe have previously been in the firing line over Sambal’s provincial state leases. The company owns five buildings in Bloemfontein, three of which are leased to the Free State government.

In June, the Free State Times reported that Sambal had signed a contract on January 1 2008 with the sports department for the lease of the Warden Building.

Valid for nearly 10 years, the lease is for a monthly R190 000. Excluding the standard annual escalation, Sambal will net at least R23-million from it by the time it expires.

The Free State Times also identified a lease agreement between Sambal and the government for the Syfrets Building in Maitland Street for use by the education department. It said that, at a monthly rental of R350 880 and an escalation of 10% a year until February 29 2019, the lease would net Sambal at least R40-million.

Seoe is known as an award-winning boxing promoter through his company, Rob’s Promotions. In February 2007 he was named as one of the developers joining forces with property fund Orion Real Estate Limited to develop a R1-billion waterfront project in Bethlehem.