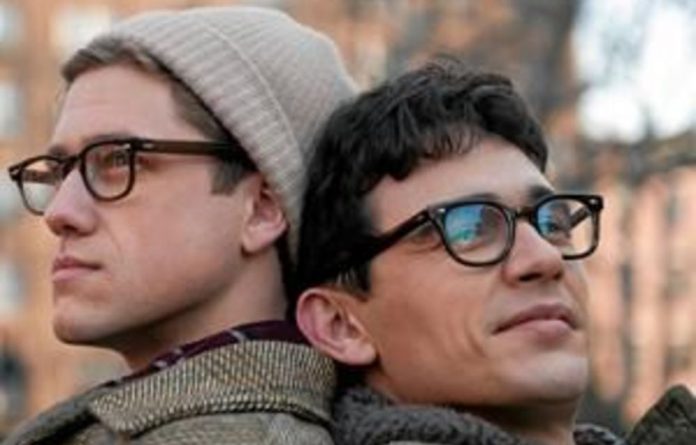 It may be hard to imagine, more than half a century later, the shock effect of Allen Ginsberg’s poem Howl on the stolidly conservative mainstream American mind of the mid-1950s.

This is so especially because its publication and subsequent prosecution for obscenity hammered open one of the first cracks in the post-war American edifice of prosperous suburban bliss and (what would later be called) “family values”.

In the decade and a half after Howl came a tidal wave of hippydom, flower children and ecstatic derangement of the senses, anti-war protests, the burgeoning of rock’n’roll as a form of social rebellion, and other attacks on dominant mores. A whole new counterculture was born; it may have been assimilated, ultimately, into the ravenous and capacious capitalist system Ginsberg biblically called “Moloch”, but it did generate seismic changes in attitudes, not only in the United States but also across the world.

Not the least of those attitudinal changes, of course, was in the view of homosexuality as so taboo (and illegal) that it could barely be mentioned. Hence the relevance to the Out in Africa festival of writer-directors Rob Epstein and Jeffrey Friedman’s film about Ginsberg, about Howl and the obscenity trial that made the four-part poem immensely more famous than its detractors would have wished — as one of the trial witnesses presciently noted.

That Ginsberg was gay, and that he was prepared to “out” himself in his poem, was one of its shock effects. Another was its frank, even celebratory, use of words that were offensive in polite bourgeois society — not just “cock”, “cunt”, “asshole”, “snatch” and the like, but famous lines such as that in which his “angel-headed hipsters” got “fucked in the ass — and screamed with joy”.

Corrupting morals
The San Francisco trial of 1957, in which Ginsberg’s publisher, Lawrence Ferlinghetti, was charged with disseminating vile obscenity and thereby corrupting the morals of the average American, is one of the vital streams of the storytelling in Epstein and Freidman’s film. It is one stream of four, the others being an early reading of Howl in a smoky coffee bar, an animated illustration thereof, and a recreated interview with Ginsberg during the time of the trial.

The backbone of the film, in fact, and appropriately so, is the reading of Howl itself, given voice by James Franco as the young Ginsberg. Franco, of course, is better-looking than Ginsberg was, but commentators more familiar than I am with the sound of Ginsberg’s voice and the look of his mannerisms say that in this respect Franco’s impersonation is spot-on. (And surely this role, along with his supporting part in Milk, elevates him to the status of “gay icon”.)

The trial itself is hilarious. David Strathairn’s baffled and tetchy prosecutor stands in for the forces of reaction trying to suppress the poem.

His arguments may seem simply laughable to a present-day eye and ear, but everything in the trial scenes comes directly from transcripts thereof. Here, and in the interview with Franco-Ginsberg, the instincts of Oscar-winning documentarians Epstein and Friedman prove correct, and powerfully so; this may be a recreation or a reimagining, but the script is taken straight from the pages of life.

For me, the animated sequences depicting bits of Howl (done by Eric Drooker) are a little too literal and directly illustrative, though I suppose it’s useful to have some kind of visualisation of the evil Moloch, the Old Testament’s epitome of a false god, one demanding the fiery sacrifice of first-born sons.

Illustrating the Ginsbergian mysticism of heavenly bodies whirling through space, however, seems to reduce the power of the words; mysticism of this kind should never be taken too literally.

Exceptionally artful blend
The recreated interview contains some anachronistic elements: this 1957 Ginsberg mentions things that hadn’t happened by then (in particular, the Prague-broomstick incident of 1965). But that doesn’t matter deeply; what’s important is this picture of a man at a key moment in cultural history, and having that moment itself bodied forth in an exceptionally artful blend of documentary base and imagination.

It was the imagination, and the mind more broadly, that Ginsberg felt — knew — had to be expanded and allowed to burgeon into hitherto unknown realms. Howl, the movie, shows beautifully and movingly how this extraordinary man used his life, his sometimes confused emotions and sense of self, his experience and that of his friends, and the sheer crazed torrent of uninhibited and uncensored words to help make that happen. We are still in his debt today.

The final part of the 2011 Out in Africa gay and lesbian film festival runs at Nu Metro cinemas (Hyde Park in Johannesburg and the V&A Waterfront in Cape Town) from October 21 to 30. Go to www.oia.co.za for more movie information, details and schedules