Gaddafi death: If only the world had listened to us, says ANC 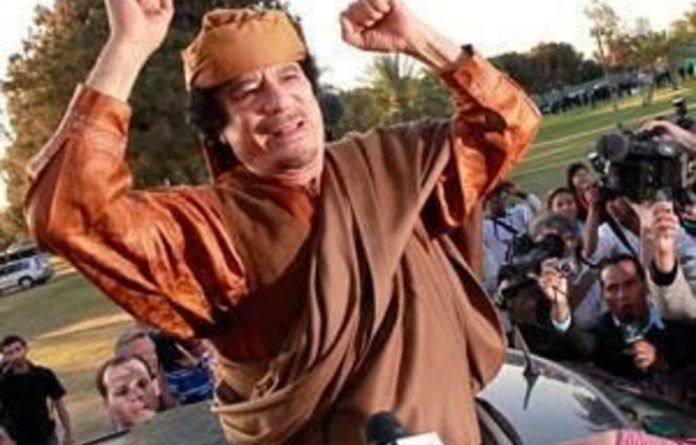 The ANC expressed regret on Friday that the Libyan conflict could only come to end with the “gruesome killing” of Muammar Gaddafi.

“It is the view of the ANC that this could have been avoided had the African Union roadmap been adopted,” spokesperson Jackson Mthembu said.

“We are as convinced now as we were then that a peaceful approach would have saved many lives in Libya if it was given a chance.”

Mthembu said Libyans needed help in rebuilding their country after the devastation caused during the conflict.

“We believe that this challenge will require world countries to give Libyans a chance to define themselves as a unified nation … and form a government that will embrace all Libyans irrespective of where they stood in the conflict,” he said.

“Let us work together in the endeavour of healing the wounds and the creation of a platform for a new Libyan nation.”

Mthembu also called on countries under the North Atlantic Treaty Organisation (Nato) command to cease their bombardment of Libya.

Gaddafi was shot dead in his hometown of Sirte on Thursday.

As news of his death spread, images of the 69-year-old former leader’s bloodied body were broadcast across the globe.

Gaddafi is the first leader to be killed in the so-called “Arab Spring” uprisings that began in the Middle East last year. — Sapa