Government in the CPI basket 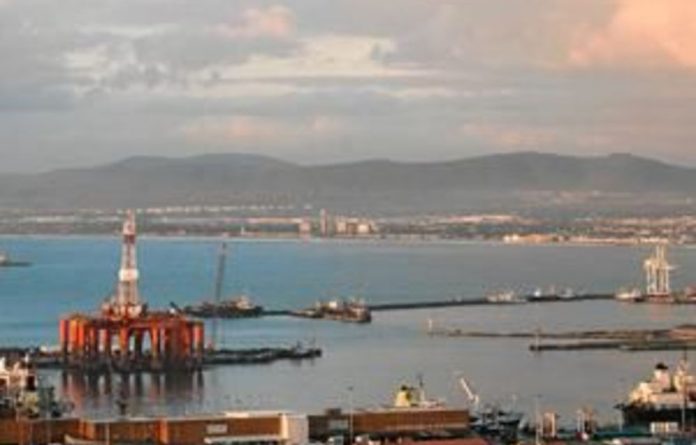 Inflation figures came in higher than expected at 5.7% on Wednesday as businesses — and ultimately consumers — face a potential spate of government-controlled price increases in the coming months.

The possible administered increases have raised the ire of industry bodies at a time when local economic growth is sluggish and global markets are in turmoil.

Eskom has been in the firing line in recent weeks for what large industrial users have argued is an unsustainable electricity tariff path.

Now Transnet has applied for hefty tariff increases for both its ports and pipeline businesses.

Transnet Pipelines wants an 83% hike in pipeline tariffs and the Transnet National Ports Authority (TNPA) has asked for an increase of 18% in port charges.

Organisations that represent business have already begun to raise their objections to the requested tariff hikes.

Avhapfani Tshifularo, executive director of the South African Petroleum Industry Association, told the Mail & Guardian that the effect of such steep pipelines increases could result in more fuel being trucked by road. This would hamper efforts to get more fuel shipped by pipeline, notably along Transnet’s new multiproduct pipeline designed to carry fuel inland from Durban.

According to the association, the transport-cost portion of the fuel price in Gauteng is 23 cents a litre. An 80% increase could see this portion leap to 41 cents a litre.

“This may act as a disincentive to use the pipeline,” he said.

The risks
The move to use road haulage would not necessarily come from the association’s members, he said, but the petroleum industry was changing rapidly and had a range of new players entering the market, who might well see an opportunity to ship the fuel through the road network for less and pocket the difference.

Another risk, Tshifularo said, was that current high tariffs could have a negative effect on the volume of fuel shipped through the pipeline. This would reduce the likelihood that they might decline, because Transnet would have difficulty recouping the money it was spending to build the pipeline.

“We could see the tariffs remain the same because the pipeline may not see the volumes required.”

The cost estimates for the new multiproduct pipeline have soared from R9.5-billion in 2006 to R23.4-billion, which has prompted Public Enterprises Minister Malusi Gigaba to appoint a panel of experts to examine the overruns.

Department spokesperson Richard Mantu said the panel had submitted its report to Gigaba.

“The minister is studying the report and will release the findings in due course to inform the South African public and ensure closure to the process,” he said.

Last year the state awarded Transnet a R4.5-billion subsidy for the pipeline. It was granted for the years 2010-2011 until 2012-2013 and would be paid through the department of energy in annual increments of R1.5-billion.

In its application for the pipeline tariff increases, Transnet excluded the levy from the calculations on its regulatory asset base.

Tshifularo said the increases in cost estimates of the pipeline were not encouraging and any further increases would have a serious effect on motorists as well as the competitiveness of businesses based inland.

Increasing tariffs
Transnet’s application for ports tariff increases has come under fire. In a letter to the ports regulator the Cape Chamber of Commerce slammed the potential 18% increase, arguing that it was “difficult to avoid the impression that the National Ports Authority has used every trick in the accountant’s book to support its case” for the increase.

It noted that port tariffs in South Africa had been increased by the previous government to support the country’s import-substitution programme. “This was a concealed form of import tax and one that is still built into South African port tariffs,” the chamber said.

In a statement on Monday chamber president Michael Bagraim condemned the raft of other increases that businesses faced.

“At present commerce and industry are being bombarded by a whole series of increases that are well above the inflation rate and these costs are undermining our ability to compete in global markets,” he said.

Aside from port tariffs he also decried the cost of items such as airport charges, electricity, telecommunications and toll roads.

“At the same time we have state-run businesses, like the railways, which are not providing a viable alternative to expensive road transport,” he said.

Transnet’s freight rail services have also drawn criticism, most recently from Forestry South Africa, which represents timber growers. The association was quoted by Business Report last week, complaining about the opaque nature of freight rail tariff determination and the poor relationship between the increases and inflation.

He noted the problems that both port and rail tariffs presented in terms of the co-ordination of different policy objectives. “We are taking the points from manufacturers about port charges seriously,” he said.

The president’s infrastructure commission was dealing with these points, as well as issues such as electricity charges, he said.

Transnet spokesperson Mboniso Sigonyela told the M&G that, according to a 2010 World Bank Report, entitled “Connect to Compete: Trade Logistics in the Global Economy”, South Africa was ranked 28th of 155 countries and the highest performer among middle-income countries. This confirmed “that South Africa has a relatively high performing freight system”.

He said Transnet negotiated rail tariffs on individual contracts with each customer.

“The tariffs are based on capital requirements, volumes, operating costs, specific services and distances travelled. The duration of each agreement is also negotiated with each customer,” he said.

“It would be inappropriate to discuss details of these commercial agreements in public.”

In terms of the pipeline tariff increases, Sigonyela said that Transnet submitted an application to the National Energy Regulator of South Africa (Nersa) requesting a revenue adjustment of 26.7% for the 2012/13 financial year or what would amount to an increase of 5.5 cents per litre in the Gauteng fuel price.

In addition to this, Transnet further requested that Nersa considers an additional revenue allowance (known as the F-factor) to enable the company to maintain its investment grade credit rating, in accordance with the regulator’s methodology. This, he told the M&G, was responsible for the additional 56% and would be refunded to the customer in the coming years.

Its application approach allowed the ports authority to achieve the required revenues to recover its investment, costs, and make a return commensurate with the risk associated with owning, managing, controlling and administering ports and its investment in port services and facilities, he said.