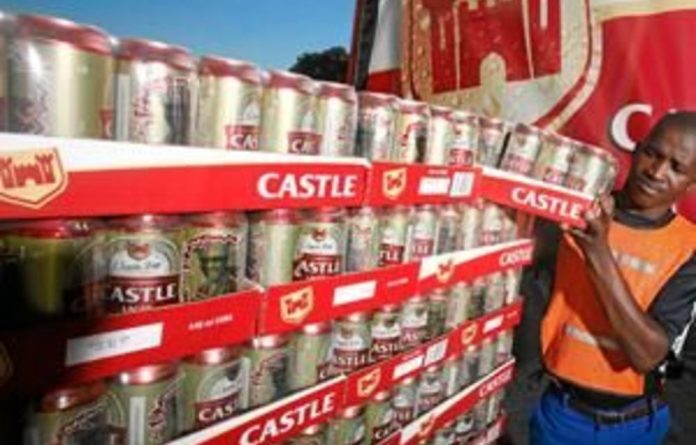 Investors remain wary of the equity market but some shares are benefiting from the global turmoil — investors are taking refuge in defensive stocks and companies that have a good story to tell.

The average share price on the JSE is 13 times the company earnings, and this price-to-earnings ratio is slightly below the long-term average of about 14. But defensive food retailers and companies with growth stories are sitting on profit-to-earnings ratios well above 20, making them look very expensive.

“If growth is low and earnings scarce then people will pay up for the prospect of earnings growth,” said Geoff Blount, chief executive of Cannon Asset Managers.

Some of the shares with a compelling growth story include Naspers with its shareholding in Tencent, the Chinese messaging platform; Capitec, which is challenging the way banking is done and tapping into the emerging banking market; SAB Miller with its strong growth in emerging economies; Shoprite, both as a defensive stock and with a growth story in Africa; Massmart with the buyout by Walmart, which paid 25 times earnings for its stake in the local retailer.

Blount said that, as investors had become more nervous, the market had focused on growth stocks that had the potential to outperform. This strategy worked over the past 18 months as growth stocks increased in share price while value stocks fell on investors’ fears about the risk of earnings from these shares.

“Shares in sectors like retail, food and pharmaceuticals have been the best performers even if they are overvalued, and they were the best performers in 2010,” said Paul Theron, chief executive of asset management company Vestact. He said that, since the Walmart deal, South African retailers had appeared on the radar screen of global investors, and retail companies in other emerging markets were sitting on similarly high multiples.

But a few fund managers were concerned that investors were now overpaying for those “guaranteed” earnings from defensive stocks and overpaying for growth stories. Blount said that it was important to understand that a good company could be a bad investment. “The best way to turn a great company into a bad investment is to overpay for it.”

Sectors that were being unanimously ignored by investors wary about the prospects of global growth were cyclical sectors such as the construction industry, financials and resources, and platinum in particular.

Smaller South African companies that were domestically focused were also out of favour, with investors looking for growth stories outside the country. The average profit-to-earnings ratio for the top 25 industrial shares was 22, whereas the smaller companies were valued at half those prices at about 11. “Mid to smaller companies have ­traditionally traded at a discount, but never to this extent,” said Blount.

Naspers’s market capitalisation was half the value of global mining giant Anglo American, suggesting that something was out of kilter.

Some of the value or contrarian asset managers are now starting to pick up cheap cyclical stocks. They believe that the world has not come to an end and that cheap, good quality stocks will pay handsomely in the next few years.

As a deep value asset manager, Cannon Asset Managers has had a tough five years as, for the first time in recorded history, value shares have not outperformed growth stocks over a rolling five-year period. The fund manager is looking at construction stocks. Many investors are ignoring the fact that government projects have been delayed rather than cancelled and that many major construction firms now received a significant portion of their earnings from overseas.

They are also focusing on “SA Inc”, those mid-sized industrial companies, such as Hudaco, that are locally focused.

Theron said: “In time the economy will grow, investor appetite will return for SA Inc and investors will fall out of love with Naspers.”

But the money would only be made when confidence returned. “It is frustrating. We are buying stocks on faith and waiting for United States confidence to return. It is just a matter of wait and see,” said Theron.

Women and black people occupy only a few seats at the JSE table, the latest PwC report has found
Read more
Opinion