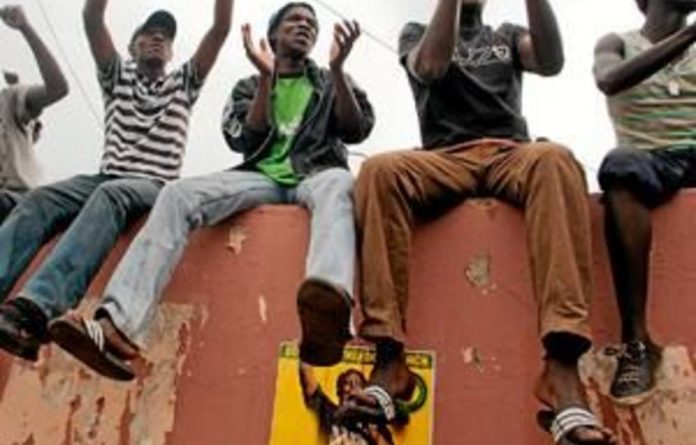 The ANC Youth League’s economic freedom march has split the leadership of ANC ally, the Congress of South African Trade Unions, with the labour federation’s general secretary Zwelinzima Vavi saying the march should be supported, while president Sdumo Dlamini says it should not.

Each leader gave detailed but varied reasons why the march should or should not be supported.

Just two weeks after Cosatu national spokesperson Patrick Craven confirmed in the media that the union federation would join the march, Dlamini told the Mail & Guardian that Cosatu had made a formal decision not to join it.

“Ordinarily, Cosatu does not have a problem with working with the youth league on a campaign where we share common views, but no decision has been taken by Cosatu to support it in this march,” Dlamini said.

Though the league had been trying to arrange a meeting with Cosatu’s office-bearers to discuss the march, it had not taken place because Cosatu was not ready for it, said Dlamini. “We are not going to hurry into a meeting with the ANC Youth League on any matter,” he said.

Yet, in spite of Dlamini’s protestations, some Cosatu affiliates, including the National Union of Metalworkers of South Africa (Numsa), have thrown their weight behind the march.

Dlamini said this was not the way to proceed. “It’s wrong. We’ve been trying to say: ‘let’s talk with one voice’. Anyone attending that march will do so in their personal capacity.”

He said Craven’s confirmation of Cosatu’s participation in the march was also wrong. “That statement was not informed by the decision we took in the office-bearers’ meeting that we will not be part of that march.”

Dlamini said Cosatu was not opposed to the issues the youth league was raising, but several political matters had clouded the march.

“It’s a matter of great concern that such issues are also linked to the ANC leadership issue [to be settled in Mangaung next year], which is a closed matter. If Cosatu is being drawn onto a platform and these issues are raised, there is a problem.”

‘Desisting from trailing individuals’
Dlamini said the fact that Malema had been referring to the ANC leadership in his speeches recently in spite of the ruling party’s ban on such practices, was uncomfortable for Cosatu.

However Vavi justified why Cosatu should join the youth league march. He told delegates at the South African Democratic Teachers Union KwaZulu-Natal provincial congress this week that communists should “desist from trailing individuals”.

“They refuse to become prisoners to personal loyalties but are always willing to become willing slaves of the only revolutionary class in our society — the working class!

Vavi said the youth league march had created a “poisoned environment” that had led to unnecessary controversy. “We see no reason why we should not support them when most of their demands are identical to ours,” he said.

Vavi said Cosatu supported “all efforts by any section of the oppressed to highlight their plight through peaceful demonstrations. When we hold marches, we seek the support and participation of the youth and all formations that identify themselves with the plight of the working class”.

Also on Wednesday, the secretary-general of Numsa, Irvin Jim, said prevarication over the march was proving “divisive” and “destructive” for the alliance at a time when the left should be focusing on the transformation of the South African economy and society.

“Since when has mass mobilisation been a problem? We will join this march because it is aimed at championing the policy positions of the poor and the working class. Support for the ANCYL struggle for economic freedom in our lifetime is perfectly consistent with support for the ANC government and its president, comrade Jacob Zuma. Such a campaign cannot therefore undermine the president or the government.”

Run-up to Mangaung
South African Communist Party general secretary Blade Nzimande has openly criticised the march, which he believes is aimed at President Jacob Zuma’s government in the run-up to the ANC’s Mangaung conference.

Addressing an SACP provincial congress in KwaZulu-Natal last weekend, Nzimande said his party would not support “any march whose intention is malicious and to undermine the authority of the ANC government”.

“This march is not a completely honest march on jobs and poverty as the youth league claims,” he said.

“We choose to focus on our Red October campaign, which is long-standing. When was the last time the youth league convened anything that brought young people from different organisations together to talk about issues that affect them?”

The Young Communist League will also snub the march. It is hosting a jobs for youth summit at the same time as the demonstration.

League spokesperson Floyd Shivambu said the march would be led by Malema from the Johannesburg CBD to the Johannesburg Stock Exchange, before heading to the Union Buildings in Pretoria for a night vigil on Thursday night.