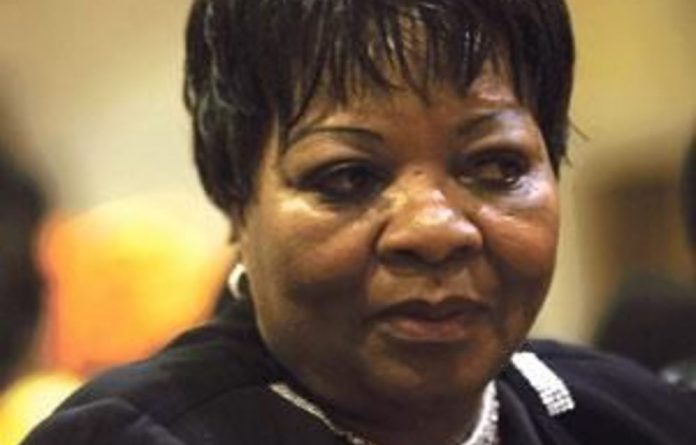 A public works official was “taking the fall” for Public Works Minister Gwen Mahlangu-Nkabinde on the cost of renovations to President Jacob Zuma’s official residence, the Democratic Alliance (DA) said on Sunday.

Reports indicated that the official who drafted a parliamentary reply on the cost of the renovations had been suspended, DA parliamentary leader Athol Trollip said in a statement.

He accused Mahlangu-Nkabinde of hiding behind her staff.

The department refused to confirm the suspension. “I have absolutely no comment,” said spokesperson Thami Mchunu.

However, she later said it was not clear how the cancelled proposal was “sent to” the DA.

“In March this year, when I learned about the proposed cost of the refurbishment I said it was too high and ordered that it not go ahead,” she said. Nothing had changed since then.

“… I can assure South Africa that any expenditure on the refurbishment will be in line with normal building costs.”

On Sunday, Trollip urged her to “come clean” on the “on-again, off-again” renovations.

“Why was detailed information about the planned renovations sent to the DA, if the renovations had been scrapped?” he asked.

“Why did the minister sign off on these replies if they were incorrect?”

Trollip said she should provide a full explanation for the government’s poor handling of the matter and “explain why it is a departmental official, not her, that will take the fall”. — Sapa

The mayor, her relatives and their friends keep landing lucrative tenders and using state resources. Yet Lindiwe Makhalema has failed to declare the list of her relationships with people and companies benefiting from the municipality
Read more
Advertising
Continue to the category
Education