Death and injuries in Yemen after renewed protests 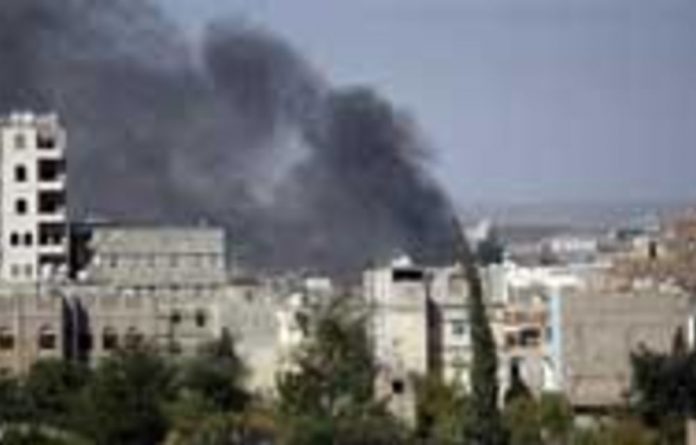 At least 10 people were killed in fighting between Yemeni government forces and opposition fighters in the capital Sanaa on Saturday, residents and witnesses said.

The Yemeni government said it was ready to “deal positively” with a resolution approved by the UN Security Council on Friday that urged President Ali Abdullah Saleh to sign a deal requiring him to step down in exchange for immunity.

It also condemned the Yemeni government’s crackdown on protesters demanding that Saleh end his 33 years in office.

A spokesperson for Yemeni opposition parties and the six-member Gulf Cooperation Council (GCC), which has been trying to mediate an end to the crisis in Yemen, welcomed the resolution.

Residents said five civilians and five opposition soldiers were killed and dozens were wounded in the clashes.

Five killed overnight
Rocket-propelled grenades, mortars and automatic weapons were used in the al-Hasaba, Soufan and al-Nahda neighbourhoods in the north of the city, where members of a breakaway military force opposed to Saleh and tribal fighters are based.

They said at least five people were killed in overnight clashes between forces loyal to Saleh and soldiers led by Ali Mohsen al-Ahmer, a general who broke ranks with Saleh after protesters began almost daily demonstrations in February. Gunmen loyal to tribal leader Sadeq al-Ahmar were also involved in the fighting.

Witnesses said thick, black smoke rose over the neighbourhoods and that many buildings had been destroyed. Yemeni officials said government forces retook the upper house of parliament (Shura Council) building in northern Sanaa, after it was occupied by opposition troops.

In a statement issued on Friday night, General al-Ahmar’s Free Yemen Army accused Saleh of ordering an attack on northern Sanaa neighbourhoods the previous night. He said that attack had lasted for more than 20 hours and had killed 21 people, including eight civilians and 13 soldiers.

Gulf initiative
Saleh says he will only hand over power into “safe hands.”

Responding to the decision made by the UN Security Council, a Yemeni government source said Sanaa remained committed to the Gulf peace plan, and called for international help to ensure its implementation.

“The government of the Republic of Yemeni is willing to deal positively with UN Security Council resolution 2014, for it conforms with the Yemeni government efforts to put an end to the political crisis on the basis of the Gulf Cooperation Council (GCC) initiative,” a Yemeni government source said in a statement.

Saleh has backed down three times from signing the Gulf initiative, which came following months of protests.

The statement urged Gulf Arab states, Europe and other members of the international community to help resume talks between the Yemeni government and opposition parties to agree on a mechanism for implementing the GCC accord.

Step in the right direction
Mohammed Qahtani, a spokesperson for an alliance of opposition political parties called the resolution a good first move and said the alliance was ready to help see it implemented.

“It is a step in the right direction, and we welcome it,” said Qahtani.

Amnesty International praised the UN Security Council efforts but said: “Saleh must not be given immunity as a prize for stepping down.”

The United States fears that further violence in Yemen will embolden Yemen-based al-Qaeda in the Arabian Peninsula to launch strikes on the region and beyond. — Reuters

Yemeni children in critical need of medical care were evacuated Monday from the rebel-held capital Sanaa, in what the United Nations hopes will be...
Read more
Advertising
Continue to the category
Politics