Triumph in store for Islamists in first ‘Arab Spring’ vote 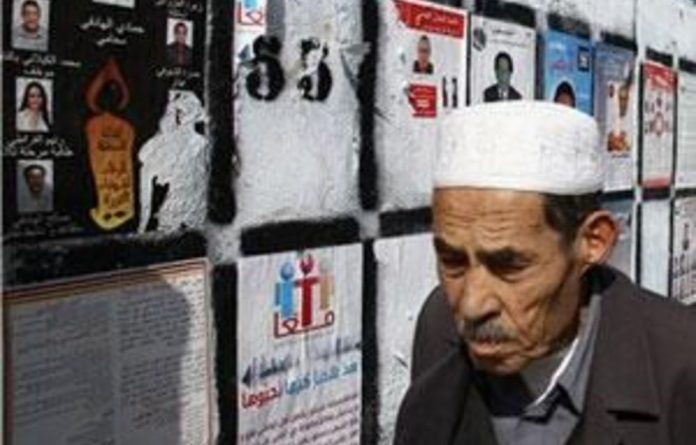 Islamists are expected to do well in Tunisia’s first democratic election on Sunday, 10 months after the ouster of autocratic leader Zine al-Abidine Ben Ali in a popular uprising that set off protest movements around the Arab world.

The Ennahda party will almost certainly win a share of power after the vote, which will set a democratic standard for other Arab countries where uprisings have triggered political change or governments have tried to rush reforms to stave off unrest.

Sunday’s vote is for an assembly which will draft a new constitution to replace the one Ben Ali manipulated to entrench his power. It will also appoint an interim government and set elections for a new president and parliament.

The mother of Mohamed Bouazizi, the young man whose self-immolation last December set off the Tunisian revolt, said the elections were a victory for dignity and freedom.

“Now I am happy that my son’s death has given the chance to get beyond fear and injustice,” Manoubia Bouazizi said. “I’m an optimist, I wish success for my country.”

Coalitions
Ennahda, banned under Ben Ali who is now in exile in Saudi Arabia, is expected to gain the biggest share of votes. But the Islamist party will probably not win enough to give it a majority in the assembly and will seek to lead a coalition.

The North African country’s elite fear the rise of Ennahda puts their secular values under threat. The Progressive Democratic Party (PDP) has centred its campaign on stopping the Islamists, vowing to seek alliances to keep it out of power.

Ennahda has been at pains to assuage the concerns of secularists and Western powers, fielding several women candidates including one who does not wear the hijab, or Muslim head scarf, and promising not to undermine women’s freedoms.

Tunisia was a pioneer of secular modernisation among Arab and Muslim countries in the post-colonial period, banning polygamy, equalizing inheritance rights, giving women the right to vote and discouraging the veil.

Fundamentalist Islamists known as Salafists have attacked a cinema and a TV station in recent months over artistic material deemed blasphemous. Ennahda says they have nothing to do with them, but liberals do not believe them.

Contradictions
Observers say Ennahda’s intentions are not clear. Its election campaign has scrupulously avoided offering policy details that mark it out as much different from its rivals.

At a final election rally on Friday, Suad Abdel-Rahim, the female candidate who does not wear a veil, said Ennahda would protect women’s gains.

But illustrating the party’s contradictions, many of the books on sale on the fringes of the rally were by Salafist writers who believe women should be segregated from men in public and that elections are un-Islamic.

“In the country’s interior, where it’s more conservative, they use different rhetoric,” said commentator Rachid Khechana. “It’s about stopping culture from outside, moral corruption of youth, defending Islam, which they say has Shura (consultation), not democracy.”

An Ennahda victory would be the first such success in the Arab world since Hamas won a 2006 Palestinian vote. Islamists won a 1991 Algerian election the army annulled, provoking years of bloody conflict.

Arab uprising repercussions
Ennahda’s fortunes could bear on Egyptian elections set for next month in which the Muslim Brotherhood, an ideological ally, also hopes to emerge strongest.

Libya hopes to hold elections next year after a protest movement that transformed into an armed rebellion with NATO backing managed to oust Muammar Gaddafi. Unresolved violent conflict continues in Syria and Yemen, and many other governments have begun reforms to avoid civil unrest.

With so much at stake, there are concerns that even the smallest doubt over the legitimacy of the Tunisian vote could bring supporters of rival parties onto the streets.

Ennahda’s leader, Muslim scholar Rachid Ghannouchi, riled opponents this week when he described the party as Tunisia’s biggest and warned that the Tunisian people would start a new uprising if they suspected any poll rigging.

Prime Minister Beji Caid Sebsi said in a televised address on Thursday that Tunisians should vote without fear of violence or cheating, a feature of Ben Ali’s police state.

“No one can doubt the elections, they will be transparent and clean. Rigging will not be possible. The ballot boxes will be open to everyone,” Sebsi said.

The government says 40 000 police and soldiers are being deployed to prevent any protests escalating into violence. Shopkeepers say people have been stockpiling milk and bottled water in case unrest disrupts supplies. — Reuters