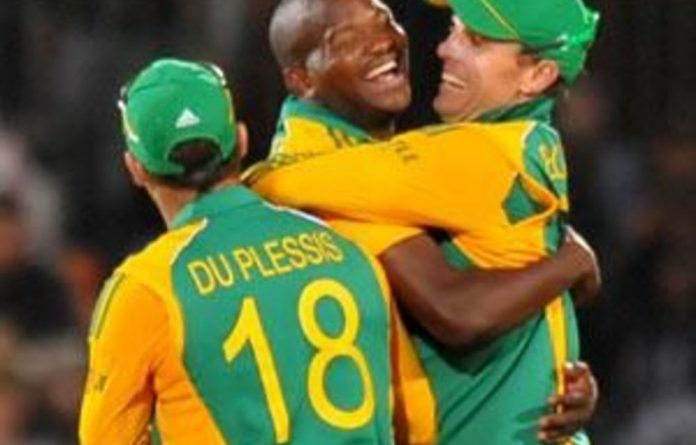 South Africa produced a dominant performance on Sunday to beat Australia by 80 runs in the second one-day international to level the three-match series 1-1.

Jacques Kallis, Graeme Smith, David Miller and JP Duminy hit half-centuries as the hosts posted a formidable 303 for six before paceman Morne Morkel grabbed four for 22 as Australia were bowled out for 223 off the last ball of their innings.

The win provided some measure of revenge for the Proteas after they lost the first game by 93 runs. The deciding match will be staged in Durban on Friday.

South Africa shrugged off the loss of captain Hashim Amla for a duck, caught and bowled by paceman Doug Bollinger off the first ball of the match, with a 142-run second-wicket partnership between Kallis and Smith.

The pair then went within four balls of each other, the home side slipping to 157 for four before Miller and Duminy combined for a 107-run stand at almost seven runs an over.

David Warner then hit 74 for the visitors but no one else made 40.

Warner put on 71 for the third wicket with Mike Hussey who was run out for 37 by Johan Botha at short fine leg.

Australia’s challenge then faded when opener Warner was caught by keeper Mark Boucher after top-edging an attempted pull off Morkel.

The tall Morkel extracted disconcerting bounce throughout and was backed up by left-arm seamer Lonwabo Tsotsobe (2-32) and paceman Dale Steyn (2-57). — Reuters