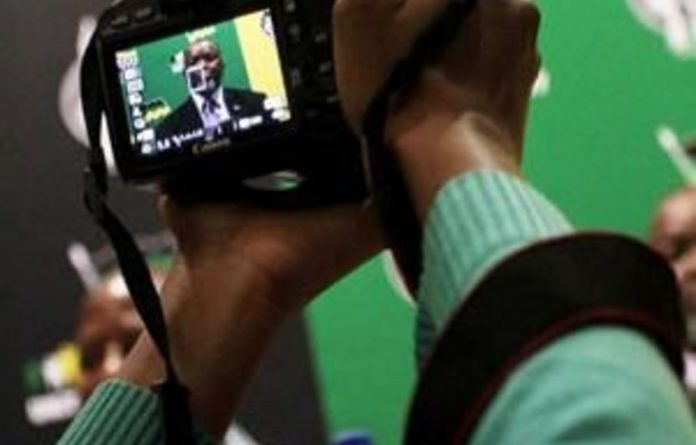 Holding a press briefing at Luthuli House in Johannesburg, the party’s secretary-general Gwede Mantashe told reporters the ANCYL consulted the mother body on the matter.

“After an intense engagement the parties accepted the march was neither against ANC government nor linked to the 2012 elective National Conference of the ANC. The rhetoric that came up during the mobilization phase that created negative perceptions has been toned down and corrected in the remaining few days and [will be] during the march itself,” he said.

As part of their “economic freedom in our lifetime” campaign, the leadership of the ANCYL will lead a march of an estimated 5000 people on Thursday from Beyers Naude Square in Johannesburg to the Johannesburg Stock Exchange and Chamber of Mines in Sandton.

This is the first time the ANC has openly accepted the demonstration — which coincides with the birthday of former ANC president Oliver Tambo.

Initial plans to continue the march to the Union Buildings in Pretoria in order to hand over a memorandum of demands to the office of President Jacob Zuma on Friday have been amended following the negotiations.

“Marching to the seat of government was sending a negative signal of the ANC being at war with itself. The tone of this leg of the march must therefore change to one that is supportive of government programs,” Mantashe said.

Accordingly the intended night vigil that was due to take place in the Union Buildings gardens has been moved to the Caledonian Stadium in Tshwane, and an alternative route other than the highway to Pretoria was also agreed upon.

Mantashe assured journalists the ANCYL will lead a nonviolent march and that scenes reminiscent of the first day of Malema’s disciplinary hearing, where ANCYL supporters clashed with police and media, will not occur.

He said the party was satisfied all the necessary elements had been put in place for a peaceful march. “If any structure organises an activity that structure must take full responsibility for that activity,” he said.

The ANC also maintains it will monitor the march closely for anything it deems will “embarrass the party”.

Private sector not coming to the party
In providing an insight into the sudden change of heart by the ANC, Mantashe pointed to the private sector’s inability to rise to the challenge of creating jobs in the South African economy.

“This march is about job creation and equality. The government has been a major creator of jobs but the private sector has not stepped up to the challenge,” he said.

Mantashe was also at pains to point out that it was never the ruling party’s intention to have the march called off, but rather to “look into all possibilities” when it met with the league.

“We didn’t want to stop the march but we looked into all possibilities – we had an elaborate engagement, as I have said, looking at all options. This is what we came up with,” he added.

The ANC’s stance is in great contrast to some of its affiliates and members of the tripartite alliance, who have either boycotted the march or organised events of their own.

The Umkhonto we Sizwe Military Veterans Association (MKMVA) on Thursday released a statement saying it will be hosting an event at Lillieslief Farm in Sandton commemorating Tambo’s birthday.

The South African Communist Party (SACP) has maintained the march is not about economic freedom, but rather to enhance the profile of the league’s president Julius Malema.

The SACP’s youth wing, the Young Communist League (YCL), is hosting a three day job summit in Midrand beginning on Wednesday — seen by many as a snub to the young lions of the ANCYL.

After initially providing conditional support for the ANCYL march, the Congress of South African Trade Unions (COSATU) withdrew its support.

Mum on Malema DC
Towards the end of the briefing, Mantashe would not be drawn into commenting on the disciplinary hearing Malema is facing, which continued in Nasrec on Wednesday.

I have to remind you that I am not part of the [disciplinary committee] so allow the DC space to conduct its work. Once they have reached their decision we will receive the report. Let that process take its course,” he said.

Mantashe did however maintain that any concessions relating to Thursday’s march will have no bearing on the outcome of the hearing.

Meanwhile, ANC stalwart Winnie Madikizela Mandela testified as the final witness in Malema’s defence on Wednesday, saying he should not “be punished for leading the youth”.

Malema faces charges of bringing the ANC into disrepute and sowing divisions within the party after calling for regime change in Botswana.