‘Abused’ workers at their Wits’ end 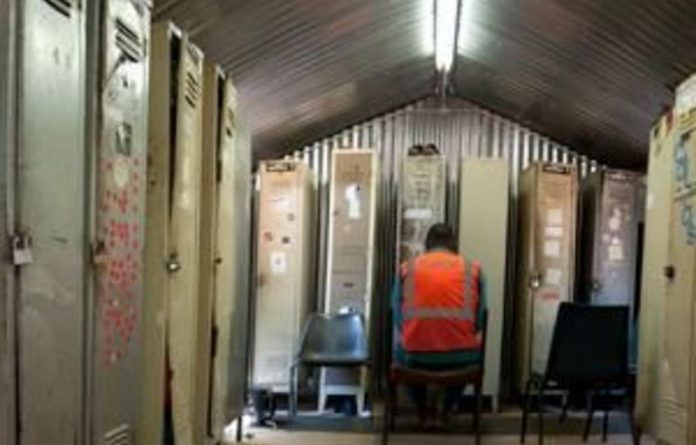 Wits University continues to practise apartheid-style segregation and treatment of workers, claims a hard-hitting report by Wits staff members, students and workers. The Mail & Guardian has a copy of the report, which the Wits Workers Solidarity Committee this week submitted to the university’s senate.

The report names many private companies whose workers are employed on Wits campuses and describes “human rights offences” ranging from racist abuse by supervisors to “appalling” ablution facilities.

It claims that workers are banned from meeting on campus to discuss their grievances and that there are “segregated spaces” such as dining rooms, toilets and library lawns that the workers cannot use.

Committee member and part-time lecturer Mbuyiseni Ndlozi said the report comprised one arm of a campaign launched this week with an exhibition in the university’s Senate House concourse, featuring photographs and a video of the workers’ “struggles”.

“Outsourcing at Wits began in 2000 [under then vice-chancellor Colin Bundy] when the university handed over cleaning, catering and grounds maintenance to private companies,” the report says. More than 600 workers were retrenched at the time and about 250 were re-employed by private companies.

“Those who held their jobs faced drastic attacks on wages and conditions: typically, cleaners’ wages dropped from R2 227 per month to about R1 200,” the report says.
More than 900 contract workers now earn on average R2 000 a month, or R12.50 an hour, and have no medical aid, maternity benefits, pensions or travel allowances, it claims.

The report says “outsourcing— reproduce[d] the apartheid legacy at Wits and continues to do so to this day”. The contracts that workers have signed with private companies since 2000 allow the university “to absolve itself of any responsibility for workers”.

Deputy vice-chancellor Patrick FitzGerald said Wits had specific staff, student and supplier entrances. “This is the best practice at any other large site in South Africa and is taken in terms of the stipulations of the university’s security, risk management and insurance protocols.”

The contracts signed with companies over the past 11 years had “resulted in a clean, safe and well-maintained environment in which our staff, students and visitors can execute their duties”, he said.

The M&G visited two buildings the report described as “shacks” on the Wits east campus which are used by 24 workers for changing and washing. Workers complained that the facility was not clean and that they had to share two showers and one toilet. They also showed the MG a window that, because it could not be closed, allowed those inside to be seen from the outside.

The private company that employs the workers in question said it would “engage with our client [Wits] with a view to agreeing to upgrade the facilities”. It would also “implement a more frequent cleaning routine” and ensure that toilet paper and other sanitary necessities were always available.

FitzGerald said the “shacks” were temporary and “the tender process for the development of this facility is already underway”. The 24 workers concerned could, in the meantime, use the west campus, where there were “adequate changing areas, ablution facilities and rest areas for maintenance workers. Some workers choose not to use thesefacilities as they do not want to make the 10-minute walk across campus, and they thus choose to use the temporary facility.”

Said Ndlozi: “We want to open a broader discussion about the way outsourced workers are treated. We’re making the case that this is not consistent with the values of Wits University.”

The report calls for an “open investigation” into whether outsourcing has, indeed, benefited the university financially and otherwise, as management argued 11 years ago that it would.