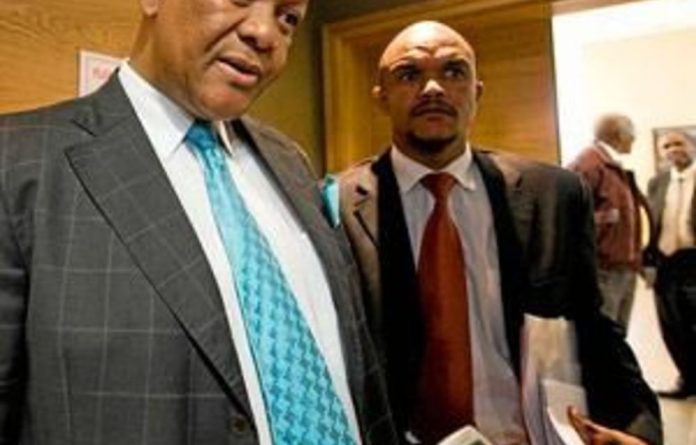 Justice Minister Jeff Radebe has announced comprehensive terms of reference for a long-awaited judicial probe into allegations of corruption and impropriety in the 1999 Strategic Defence Procurement process, commonly referred to as the arms deal.

Radebe told a press briefing in Cape Town: “The establishment of this commission and the commencement of its work represent a watershed moment in the history of democratic South Africa, in a quest to rid our nation of what has become an albatross that must now cease to blemish the reputation of our government and the image of our country.”

He gave assurances that the commission would work independently of everyone, “including the executive”.

He announced that the commission, chaired by Supreme Court of Appeal Judge Willie Seriti, would be backed by the use, where necessary, of search-and-seizure warrants and the powers of subpoena allowed under the Commissions Act.

Radebe said Seriti had chosen a team of seasoned legal practitioners to lead and assess evidence presented before the commission. This secretariat, which will be crucial to the impact of the commission, will consist of advocates Vas Soni, Sthembiso Mdladla and Mahlape Sello.

Soni, who was appointed by President Jacob Zuma to serve on the Judicial Service Commission (JSC) two years ago, also led the evidence during the Jali commission of inquiry into allegations of corruption in South Africa’s prisons.

Another key position, secretary of the commission, will be filled by Edward Mvuseni Ngubane, a practising attorney and a former member of the JSC.

Ngubane was one of the JSC members who was perceived to favour Western Cape Judge President John Hlophe during the controversy that surrounded his alleged attempt to influence the Constitutional Court in favour of Zuma when the court was considering the legality of raids carried out by the Scorpions.

Radebe failed to answer a question about whether former chief justice Sandile Ngcobo had been asked and had declined to chair the commission.

According to the terms of reference, the commission of inquiry will look into, make findings, report on and make recommendations concerning:

A budget of R40-million has been set aside by the department of justice and constitutional development to fund the costs of the commission.

The secretariat will provide the necessary administrative support to ensure that the commission delivers on its mandate, and the commission has been given two years to complete its work, after which its final report will be made public.

Advocate Paul Hoffman, who represented activist Terry Crawford-Browne in what turned out to be a successful bid to force Zuma to launch an inquiry into the arms deal, welcomed the announcement.

“What strikes me is that the president has chosen to go down the criminal route as well as the civil route. What we had suggested, without seeking to bind the president, was that people who co-operate with the commission be given indemnity.

“The route the president has chosen is to look tough on crime and corruption, but also to try and flush people out from many years ago who may be reluctant to come forward,” said Hoffman.

Richard Young, who also lodged corruption charges with the Hawks relating to the deal, was more cautious.

“Nobody should get too excited just yet. Remember what happened with the Hefer commission in Bloemfontein, whose terms of reference were changed several times, which meant that Hefer never had the wherewithal to really go after national intelligence documents.”

But he welcomed the proper resourcing of the inquiry.

“Forty million is a lot — the auditor general’s investigation cost R6-million to R8-million about 10 years ago — Whatever the commission is at the moment, it’s better than a sharp stick in the eye.”

Everything Ramaphosa said about the economy in the Sona