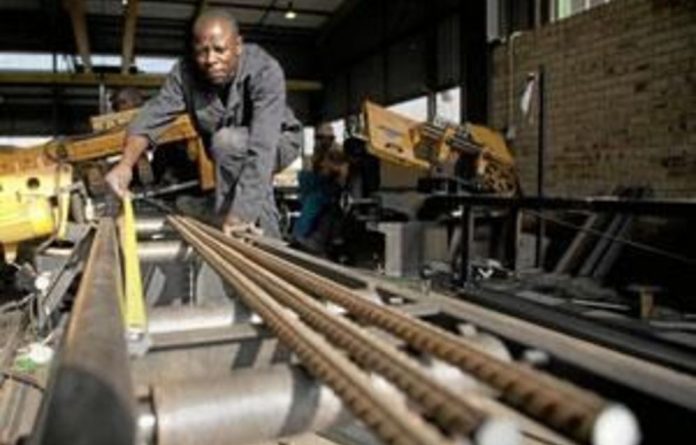 Employers took on South Africa’s largest bargaining council this week in a mammoth Johannesburg Labour Court contest that could have huge ramifications for the labour movement and how they negotiate wage increases in future.

If the National Employers’ Association of South Africa (Neasa) succeeds in its challenge, the precedent-setting case, which involves three applicants and 41 respondents, could begin to unravel the current centralised bargaining system.

Neasa claims to be South Africa’s largest employers’ association with about 10?000 members, but it has only about 1 200 members in the metal and engineering industry. Neasa and two other applicants sought an urgent order so that non-parties would not have to adhere immediately to the wage deal that was struck in the bargaining council following a two-week strike in July. The agreement was for an average 8.5% wage increase this year and a 7.5% hike each year for two years thereafter.

Neasa is a member of the MEIBC, but refused to sign the wage agreement. Neasa and the MEIBC have an arbitration hearing pending on the issue but Neasa brought the court case, arguing that its members urgently needed to know what their obligations were. The employers’ body has disputed a number of procedures and meetings of the MEIBC which it claimed were contrary to its constitution. This, it argued, rendered the agreement null and void for non-parties.

In September, the labour minister extended the agreement to those who had not been party to it in terms of labour legislation. But in the court case, Neasa alleges that the minister did not properly apply her mind in making the agreement binding on non-parties. The case goes to the heart of the increasingly controversial law that provides for the extension of collective bargaining agreements to non-parties to those agreements. The agreements then have the force of law.

The court case points to a number of instances in which requirements for regional representation as well as parity between business and union representatives on MEIBC committees were allegedly blatantly disregarded. Papenfus said this had reflected Seifsa’s complacency and dominance in the MEIBC for years. “This case has been a long time coming.”

Seifsa operations director Lucio Trentini said it had a right to operate as an agent in the bargaining council. Seifsa has 28 employer association members from about 3 500 companies that employ 55% of the about 360 000 workers in the industry. There are about 8 000 companies in the metal and engineering industry, which is the second-largest contributor to South Africa’s GDP.

Papenfus said Seifsa had long had a cosy relationship with Numsa in terms of the agreements that were “pre-made”, hence the lack of procedural rigour in the committees. Trentini said: “I wish he was right and that collective bargaining was so easy.

Numsa is one of the biggest and most militant unions. But we agree that the terms of the bargaining council constitution have not been observed to the T, and that is the subject of the arbitration.” But Papenfus said small and medium-sized companies didn’t have a strong, effective voice on bargaining councils generally. If the councils’ constitutions were adhered, their positions would be vastly improved, he argued.

Labour consultant Tony Healy said the logic behind bargaining councils was that “if you have enough employers’ associations and trade unions in an industry that agree to centralise collective bargaining, they can apply for a bargaining council, which may or may not be restricted to a local area. “The system originates from the 1920s but has been enthusiastically adopted by the union movement because of its preference for centralised bargaining and strength in numbers.”

But, he said: “It advantages big companies, which are more mechanised and less vulnerable to higher wage rates than smaller companies. The accumulation of wage increases agreed to leads to high starting wages. This is definitely a barrier to new entrants and job creation. No one is ambivalent about bargaining councils — you either love them or hate them.

“Disputes are not referred to the Commission for Conciliation, Mediation and Arbitration but to the bargaining council,” added Healy. “Often, centralised training and administration are offered. But this all comes at a high price.”

Bargaining councils could be challenged in the Constitutional Court on the basis that they restricted freedom of association and fair work practices. “But without bargaining councils, workers could be vulnerable to exploitation,” said Healy.

The MEIBC had two instruments to prevent the discouragement of employment, noted Trentini. The first was that new businesses could apply for exemption from MEIBC wage rates for three years after start-up. Hundreds of businesses had this exemption. Furthermore, businesses that were able to show financial hardship could apply for exemption from wage agreements. This could last for longer than a year (for instance, the current MEIBC wage agreement was binding for three years).

Currently, between 400 and 500 companies in the industry had this exemption, said Trentini. The bargaining council system was not perfect in encouraging employment but the environment was highly unionised and the government was aligned with the unions, he added.

“So what is the alternative? Could we bargain at every site? Instead of having one strike of two weeks, we would have complete instability in the industry. “If this case succeeds so that agreements could not be extended to non-parties, it could lead to an unravelling of the centralised bargaining system.”

Judgment was reserved in the case this week. Even if Neasa does not win this case, it is likely to challenge the MEIBC in other cases. And Neasa is not the only group of employers that is challenging a bargaining council.

In the KwaZulu-Natal High Court in Pietermaritzburg, a group of clothing companies is claiming that the bargaining council in its sector did not give non-parties the opportunity to make representations on a wage agreement. That case is likely to be heard in early 2012.