Dotting the lines: On track to tackle Transnet’s monopoly 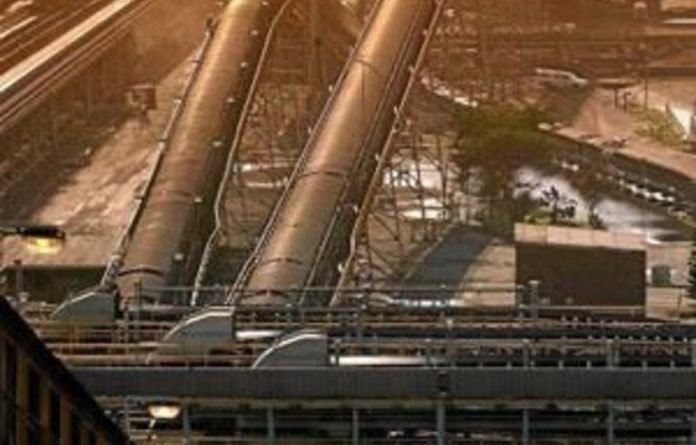 A heavy haul rail network stretching from Botswana, through Zimbabwe and into Mozambique and Malawi could prove a game changer in regional logistics and exports and challenge South Africa’s dominance in this area.

The proposed 1 100km southern African rail network, which has many links to it, will connect to Ponta Techobanine, a proposed deep-sea port in Mozambique that could compete with the congested Richards Bay Coal Terminal, presently used as the main port for exporting commodities from ­southern Africa.

The project, set to begin in 2012, is expected to cost roughly $7-­billion and will take at least 10 years to build, according to a Bloomberg report. The main funders, says a commercial bank, are the World Bank’s financing arm, the International Finance Corporation, the European Investment Bank, mining companies and the governments of those southern African countries.

The mega rail network and port is likely to reduce the reliance of countries such as Botswana on South African freight and road networks to export their minerals, threatening Transnet’s monopoly. Transnet, South Africa’s logistics parastatal, is under fire from all sides for the inefficiency of its rail networks and bottlenecks at its ports, which limits the ability of mining companies, such as coal, iron ore and manganese, to ship their ­products out.

In the medium-term budget policy statement, the treasury highlighted the underperformance of South Africa’s mining sector in part because of “logistical challenges, including operational ­inefficiencies in the rail system and high port charges”. The value added in South Africa’s mining sector was flat between 2001 and 2008 compared with 12% growth in countries such as Chile, according to the budget statement.

Investment growth averaged 7% over the past decade, compared with 24% in Australia. It is public knowledge that South Africa has missed the resources boom and lost investment to countries such as Canada, Chile and Australia, partly because of poor rail, energy and port infrastructure. But the rest of southern Africa is now positioning itself for another commodities boom and growth spurt by getting ahead in the infrastructure game.

Global mining giants such as Rio Tinto and Vale have already set up shop in countries such as Mozambique and are the main funders of rail and port networks there. “This is investment that could have come to South Africa. Transnet is losing out big time,” said Christy Tawii, research associate at research firm Frost & Sullivan. The project would allow local mining houses to circumvent South African ports should it create a viable alternative route for getting minerals to Mozambican ports.

“There is huge potential for coal companies in Mpumalanga and Limpopo that battle to get their coal to Richards Bay to use the rail links through Zimbabwe and Botswana to get to Maputo port and the new deep water port that is being built in the north,” said Tawii. The reality on the ground is that mining companies can move 90-­million tonnes of coal through Richards Bay Coal Terminal but Transnet can support only 60-­million tonnes on its rail lines.

“The capacity at Richards Bay Coal Terminal cannot be supported by the rail infrastructure,” said an investment banker. “In the interim, there is a potential for local coal exporters to use Maputo. That’s why this new southern African rail and port ­network has legs.”

In Mozambique, part of the rail and port network is operational. There are three main rail corridors: one starts in Maputo, about 80km from Komatipoort on the South African border and Swaziland; the northern line goes to Chicualacuala and is roughly parallel to the Limpopo river in South Africa; and the centre line runs from Beira in Mozambique to Sena on the Zambezi river.

The Nacala railway, on the northern line, will run through Malawi and is expected to have the biggest capacity in southern Africa to haul coal down from the Zambezi river. Tawii said Vale was involved in building the $1.6-billion line, scheduled to be completed by 2015. Linked to that were a number of road and port projects and export facilities.

Rio Tinto had just completed a pre-feasibility study to build the Nacala deep water port at the mouth of the Zambezi river, which Tawii said would “compete directly with the Richards Bay coal terminal”. The rail line to Maputo is already busy. “For South African companies that can’t get their excess coal out of the Witbank area, for example, and can’t go through the Richards Bay Coal Terminal, a natural outlet is Maputo,” said an investment banker. “So that corridor is an alternative export line for coal.”

Before the civil war in Mozambique, more than 12-million tonnes of coal a year was passing through Maputo port. Presently, it is nudging 4-million tonnes. “We’re still playing catch-up there, but there is huge potential for both South Africa and Mozambique to benefit,” the investment banker said. The mining companies are also anxiously waiting the opening of the Sena line.

“Hopefully, the line will be operational by end of the year, so Vale and Rio Tinto can get another shipment out. The mining companies are pushing hard to get their exports out. Vale is now planning a parallel line to Sena,” said Tawii. There is so much activity in Mozambique and it is happening at such a rapid pace that President Jacob Zuma reportedly took a Transnet team to the neighbouring country recently. Transnet figured that if it was losing out in its own backyard, it might as well join the action. “Transnet will be supplying about 200 wagons and locomotives to Rio Tinto,” Tawii told the Mail & Guardian.

The Botswana government hopes the proposed Ponta Techobanine rail project will be a catalyst to diversifying its trade routes and its reliance on diamonds. The landlocked country is seeking to better exploit its other mineral reserves such as coal by avoiding “lengthy storage periods at ports of entry”.

Botswana has only one railway line connecting the country to South Africa in the south and Zimbabwe in the east. At the time of a prior memorandum of understanding signed between Mozambique and Botswana in 2010, media reports pointed to Botswana’s frustration with its reliance on South Africa’s congested rail and ports network.

The Botswana department of transport and communications refused to comment on the project and Transnet did not respond to requests for comment. The parastatal released its half-year results on Wednesday, announcing some improvement in its freight-rail business and at its ports.

Its ports business recorded an increase in productivity, measured in grass crane movers per hour, at the pier one container terminal at the port of Durban, reaching an internationally acceptable average. But Transnet said performance at Durban’s pier two dropped because of teething problems in rolling out a new terminal operating system.