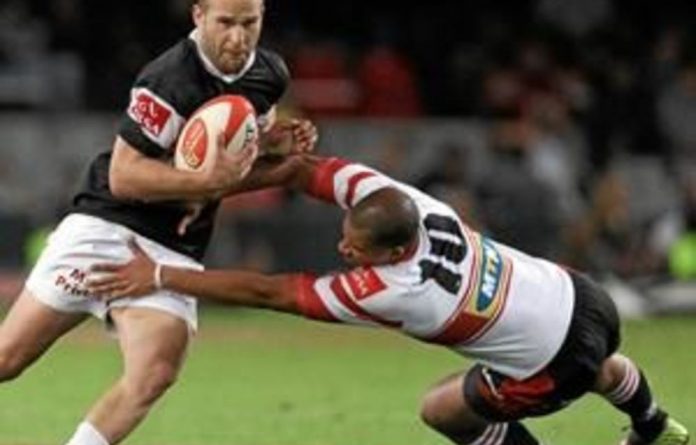 The title-holding Sharks and the Lions will contest Saturday’s Currie Cup final with a fascinating contrast in approaches. While Sharks mentor John Plumtree is relying on his returning Springboks to finish a stuttering campaign on a high, John Mitchell will be staking his bet on the team unity and cohesion he has drummed into the Lions all year.

“When we won the trophy last year, we were lucky enough to have the same team take us through the Currie Cup right to the end. It was a really cohesive unit that we had last year,” Plumtree said.

“This year we always had one eye on the Springboks coming back. They’ve all had great attitudes, they want to retain this trophy, they are totally committed. “Last week we didn’t gel right from the start, but we saw a change, particularly after half-time. What we saw after half-time will happen from the first minute in the final and that’s what’s important. John Mitchell hasn’t had those sort of challenges.

The challenge for us is that we have got to gel as a team right from the first whistle. That’s something that we’ve talked about. The Lions have been playing well with that group all year,” Plumtree said.

Mitchell is dismissive of the impact seven returning World Cup Springboks will have for the Sharks. “I’m constantly vigilant against individuality, I guess it’s my strength as a coach and a key part of my philosophy,” he said. “The Sharks may have got the Springboks, but I’m not big on looking at the national jumpers. That’s something in the past and it means nothing come finals day.”

The Lions, having topped the log in impressive fashion, will be on home ground for the final at Coca Cola Park but, after just 30 000 people turned out for their semi-final against Western Province, a sell-out crowd of 60 000 for the final suggests there will be plenty of Sharks support as well.

It seems both coaches, raised in the tough school of New Zealand rugby, are expecting a hard grind of a final, similar to the newly crowned world champion All Blacks’ 8-7 triumph over France last weekend.

Personnel involved
Regardless of the personnel involved, both Plumtree and Mitchell are relying on their forwards to put them on the front foot. “The advantage line will be pretty important both on attack and defence. So the accuracy at the set-piece is very critical, a team has the ability to create pressure there. It starts with the tight five, we need to feed off their platform,” Mitchell said.

That’s not to say that the backlines won’t have a significant role to play. There too, the Lions are relying on players who a year ago were considered no-name journeymen. None more so than inside centre Alwyn Hollenbach, who has earned plaudits for his devastating defensive performances.

Since September, the Sharks have had a “big name” at 12 in Marius Joubert, but the veteran of 30 Tests has failed to impress and Hollenbach will be lining up the former Springbok as another scalp.

The Sharks were quick to contract French star Freddie Michalak, who steered them to the 2008 title, for this year’s campaign and the mercurial flyhalf has done his fair share to get them into the final. “Freddie’s been great. He’s been a matchwinner for the whole year really. He’s had one or two games when he hasn’t been at his best but, at times, he didn’t play behind the strongest forward pack that the Sharks have ever put out,” said Plumtree.

“If we can provide a good platform for him on the weekend then he has all the range of skills that are needed and he’s been around for a while, so that experience will certainly help.”

The contest between the seasoned Michalak and the precocious Elton Jantjies will be one of the most mouthwatering of the final. Jantjies has shown the benefits of being on a couple of Springbok tours in terms of his composure and reading of the game, but Mitchell, who has spent so much time sheltering his 21-year-old flyhalf, is still cautious. “Elton has had a very good season but the result depends on the rest of his team-mates and how hard we work for him.

“He’s a young guy, he still has a lot to learn, but he’s conditioned really well and he’s in a good space. But it’s new territory for him and it will be a great lesson whichever way it goes,” Mitchell said. While it is the flyhalves who usually steal the glory in Currie Cup finals, perhaps the most crucial clash of all will be between men with the really small numbers on their backs.

Sharks number three Jannie du Plessis was not bested by anyone at scrum time during the World Cup, but he will come up against a wily, experienced foe in Lions number one CJ van der Linde. The outcome of their battle will have a domino effect on all the other individual contests.

John Mitchell back at the Lions

Race to Rio will demand a hefty wallet

Paralympics: The ability to win gold