The good and bad of farming 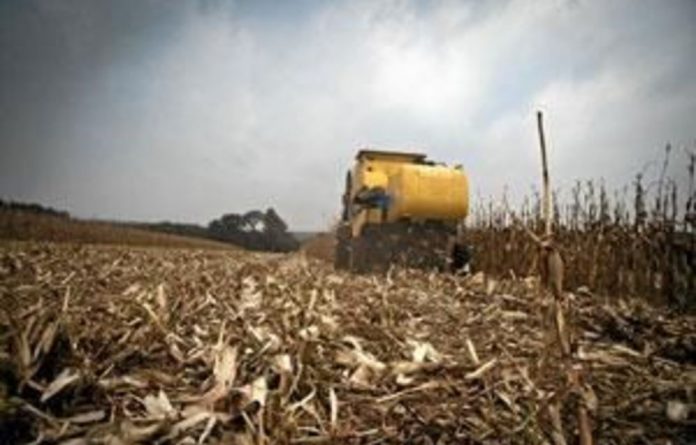 Agriculture is extremely vulnerable to climate change, but it also produces about 14% of the world’s greenhouse gas emissions.

There is consensus that climate change will have a significant impact on agriculture in developing countries. Even a 2°C rise in the mean global temperature by the year 2100, which is regarded as an optimistic ­scenario, will radically change the face of farming.

In South Africa agriculture ­contributes up to 12% of gross domestic product (GDP) and 30% of national employment. South Africa’s white paper on climate change warns that crop failures could therefore have a significant economic impact. At the upcoming COP17 conference in Durban, one of the debates will be whether agriculture deserves ­special treatment.

So far agriculture has been on the fringes of ­negotiations, despite it being a role player in any future legally binding agreement. But because it stands so central to climate change, voices are getting stronger that agriculture should get its own work programme at the talks. One of the debates will be whether the agricultural sector should be exempt from any ­greenhouse gas caps because of food security.

At a recent meeting of African ­agriculture ministers on a climate-smart industry, South Africa’s Maite Nkoana-Mashabane said any changes in ­the climate could have wide-ranging repercussions not only in the production of food, fibre and fuel, but also on GDP, employment and foreign exchange earnings. “Climate change will have dramatic consequences for agriculture. Water resources will become more variable, droughts and floods will stress agricultural systems, some coastal food-producing areas will be ­inundated by the rising sea levels, and food production will fall in some places,” she said.

Farmers are responsible for just under a fifth of greenhouse gas emissions. About 47% of total anthropogenic methane emissions and 58% of anthropogenic nitrous oxide emissions come from farmers. But in reality this percentage may be even higher — estimates put it at 30% — because agriculture is the leading cause of forest and woodland conversion.

Agriculture accounts for about 90% of deforestation in Africa. Subsistence agriculture is the main culprit, followed by intensive production, whereas ranching is a minor driver, research indicates. Farmers who change uncultivated land, especially forests, into croplands or pastures are responsible for greater emissions of carbon than any other land-use change.

Deforestation is therefore one of the big headaches to solve during the climate change negotiations. The anaerobic decomposition of manure produces significant quantities of methane. These conditions occur most readily when large numbers of animals are ­managed in confined areas such as on dairy farms, beef feedlots and pig and poultry farms.

Nkoana-Mashabane said the ­agriculture sector had the potential to mitigate greenhouse gases cost-effectively through changes in ­agricultural ­technologies and management ­practices. Farmers will have to deal with less water. Droughts will increase and livestock will take the punch.

Researchers said Southern African farmers would have to compete for water access. The use of surface and ground water for irrigation would become too expensive for the majority of farmers. Small-scale farmers would be especially vulnerable. Adapting to climate change and helping to finance vulnerable farmers are important elements of a possible legally binding treaty negotiated during the Durban conference.

The green climate fund could ­provide finance to farmers in need. But it will be equally vital to focus on new technologies that will encourage farmers to become more energy-efficient and use methane in an effective way. Issues around deforestation and biofuels — whether they are saviours or villains — will also feature during the conference.