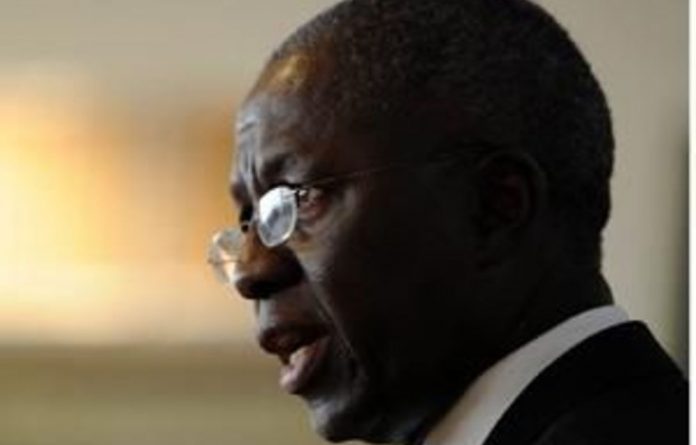 “I’m informed by the JSC secretariat that a complaint of that nature has been received.”

He reportedly failed to recuse himself in a case linked to a consortium in which his brother was a director. Further details were not available from him.

Business Day reported that the complainants alleged Moseneke presided over a case and wrote the judgment in a case where his brother Tiego was a director of a company awarded a disputed tender.

The report continued that his conduct had been questioned by Brian Patrick de Lacy and Barry Beadon, owners of Cornastone e-Commerce Services.

Their complaint was about a case involving a tender to supply electronic pension and benefit payouts in the North West.

The dispute arose in 2002 when the Post Office awarded a contract to the Kumo Consortium of which Tiego Moseneke was a director, to provide payment services for the North West government with the expectation that these would be extended countrywide.

De Lacy and Beadon alleged that the tender process was fraudulent and took the matter to the South Gauteng High Court to seek damages of R60-million — profits they calculated their company would have made had it won the contract.

In 2008, the high court found the tender awarded to Kumo had been subject to fraudulent and corrupt behaviour by certain Post Office employees and awarded damages, the report continued.

This was overturned on appeal and again at the Constitutional Court.

The Post Office cancelled Kumo’s contract but Cornastone continued its efforts to obtain the tender.

Comment from Moseneke was not immediately available. Moseneke will be on long leave next year from February 15 to May 31.

The two had also unsuccessfully complained to the JSC about the appeal court’s handing of the matter. On the JSC’s advice, they made two previous applications to the Constitutional Court before this year’s unsuccessful application. — Sapa