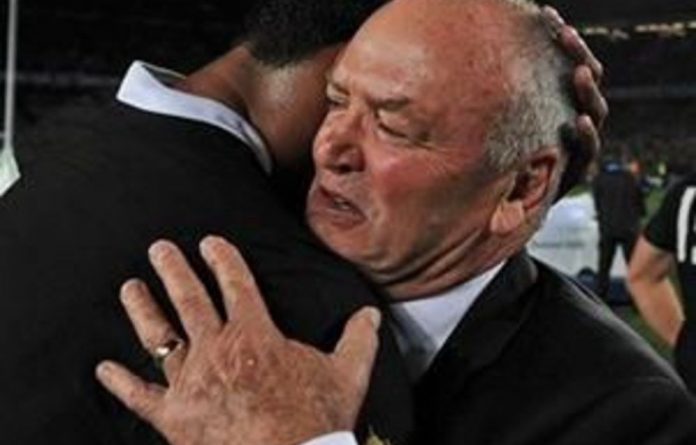 Graham Henry has stepped down as coach of the Rugby World Cup-winning All Blacks, ending an eight-year career in which he won 85% of his 103 Test matches.

The 65-year-old Henry made the anticipated announcement at a news conference in Auckland on Tuesday, saying he was “exceptionally proud” of how the team had added to the All Blacks’ legacy.

The New Zealand Rugby Union (NZRU) said it was negotiating proposals to have Henry remain in New Zealand as a mentor to leading coaches.

Henry is expected to be succeeded by his current assistant Steve Hansen, although the New Zealand union has invited applications for the position.

New Zealand’s Rugby World Cup victory, completed on October 23 when they beat France 8-7 in the final on Auckland’s Eden Park, caps Henry’s career as one of the most successful rugby coaches of all time.

As well as winning the World Cup, he guided the All Blacks to victory in 88 of 103 Tests, won the Tri-Nations tournament five times and achieved three Grand Slams against the northern hemisphere Home Unions.

The All Blacks have also held the Bledisloe Cup, the annual contest against archrival Australia, since Henry, Hansen and Wayne Smith took charge in 2003. Smith announced before the World Cup that he was stepping down from All Blacks duties, but Hansen has indicated his interest in the head coaching position.

‘Enormous privilege’
Henry was considered lucky to be reappointed after the 2007 World Cup, when the All Blacks were beaten by France in the quarterfinals. Henry, Hansen and Smith retained their jobs under pressure from current Wallabies coach Robbie Deans and went on to become the first coaches in 24 years to guide New Zealand to a World Cup victory.

“It’s been an enormous privilege to coach the All Blacks and I am exceptionally proud of how the team has added to the All Blacks legacy over the last eight years, involving 103 Test matches,” Henry said. “I am also exceptionally proud of how they have developed an extremely professional and enjoyable culture and environment, and how they have reached out to people of all ages and put a smile on their faces.

“So I want to say a special thank you and congratulations to all the players who have played during this time, especially to Tana Umaga and Richie McCaw, the two long-term captains.”

NZRU chief executive Steve Tew said the All Blacks are in a strong position to build on the successes achieved under Henry.

“He leaves the All Blacks job as one of the greatest coaches in the game, his record is unsurpassed and while he will now get time to spend with family and friends, and the odd bit of fishing, we are delighted that Graham is still going to be involved in New Zealand rugby,” Tew said. “He has a great relationship with the country’s professional coaches, as well as other coaches, and he still has so much to offer the game and it’s fantastic that up-and-coming New Zealand coaches will continue to benefit from his vast knowledge.”

Henry and Hansen will coach together once more when they lead the Barbarians against Australia at Twickenham on November 26.