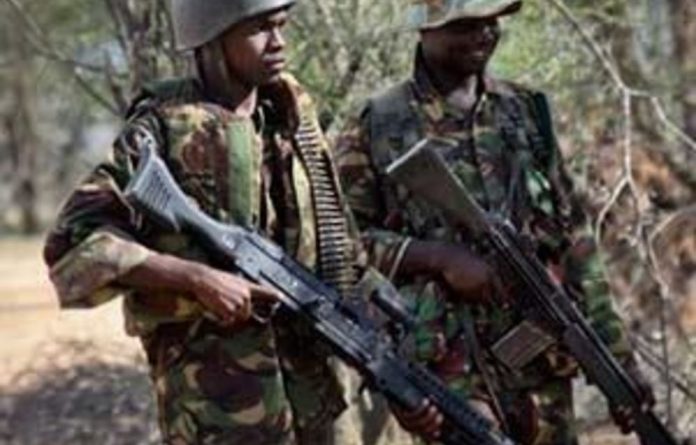 Kenya said on Wednesday that Somali Islamist rebels had received a third planeload of armaments as its forces prepared to push forward against the al-Qaeda-linked militants in the war-torn nation.

Kenyan soldiers and tanks pushed into Shabaab-controlled southern Somalia some two weeks ago to fight the insurgents and curtail their ability to launch cross-border attacks.

“We’ve had a positive confirmation that there was another landing of another aircraft with weapons,” army spokesperson Emmanuel Chirchir said. The reports could not be independently verified.

Two aircraft landed on Tuesday delivering ammunition and weapons to the extremist al-Shabaab, Chirchir said, adding he would not comment on where the weapons were coming from.

“We are concentrating on how to disarm the enemy,” he said.

Eritrea has been accused of supplying arms by air and sea to the al-Shabaab rebels but Asmara has repeatedly denied all claims.

Kenya has urged residents in 10 southern Somali towns to avoid al-Shabaab camps as it prepared to attack the areas.

“Our troops will not be cowed at all by this armament, we are prepared and our mission will go ahead as planned,” Chirchir said.

“We have all it takes and what is required in the battlefield, we will hit the targets as planned.”

Chirchir said that al-Shabaab fighters had attacked a Kenyan convoy inside southern Somalia late on Tuesday but denied claims the rebels had caused heavy Kenyan casualties and destroyed military trucks.

“Our troops were headed to Tabto from Liboi and they confronted four armed al-Shabaab militants near the border area,” Chirchir said.

“There was an exchange of fire and the insurgents ran towards a forest, it was dark and our commander on the ground advised against venturing there because it could be a trap.” — AFP