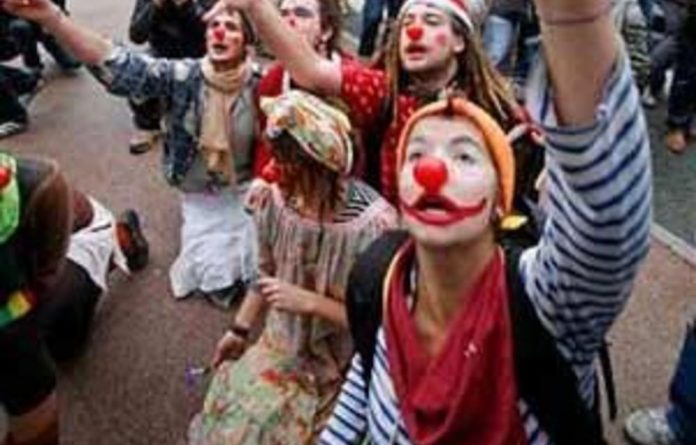 George Osborne said countries such as the China were interested in the proposals, which have been pushed heavily by British Prime Minister David Cameron, but he refused to put a figure on the increase.

“The international community has also accepted that it needs to address the general global economic situation and there is a debate that has begun, but not concluded, about increasing resources to the IMF,” Osborne told reporters.

“There are certainly no numbers yet and I suspect that those discussions will not conclude until tomorrow [Friday],” he said, summarising day one of the G20 summit in the southern French resort of Cannes.

Britain’s government has been floating the idea of an increase in funding for the IMF partly as a way of helping the eurozone without contributing to a direct bailout, which would be politically damaging at home.

Asked if there was international support at the meetings, Osborne said it had been under discussion by G20 nations since the start of October.

“I’ve not heard anyone object to the suggestion that we increase the resources of the IMF. Individual contributions to that increase have yet to be discussed so I can’t give you a number,” he said.

“But certainly from what I’ve heard of the Chinese and I’ve had my own discussions with the Chinese here as well, they too are interested in providing support to the IMF.”

Cameron said earlier on Thursday that Britain would consider boosting its £29 billion (34 billion euros, $46 billion) funding for the IMF.

Pressure
Emerging giants pressured European Union (EU) countries at the G20 meeting to solve their debt crisis, with Beijing dangling $100-billion in rescue funds if the eurozone guarantees its bailout will work.

Along with China, Russia cautiously offered Europe financial aid but President Dmitry Medvedev also scolded European governments, saying that they must act more decisively to clear up their mess.

“I don’t want to hurt anybody’s feelings but in my opinion our partners’ actions need to be much more dynamic and decisive to bring about order,” Medvedev said.

Medvedev met his Brazilian, Indian, Chinese and South African counterparts ahead of the official opening of the G20 summit where they “discussed the European debt crisis”.

Kremlin economic advisor Arkady Dvorkovich added that the leaders agreed that they would “work out a common position of Brics member states on the eurozone”.

Bailout to contain crisis
Individually, the emerging giant leaders also warned their EU counterparts that they had to steer the continent out of the crisis to avoid dragging the world economy into a new recession.

Chinese President Hu Jintao told his French counterpart Nicolas Sarkozy that Europe had primary responsibility for resolving the debt crisis, adding that he had confidence that it has “all the wisdom and capability” to fix the problem.

Beijing also said it could provide up to $100-billion in support for the eurozone, a member of the Chinese Central Bank’s monetary policy committee said in an interview on Thursday.

If certain conditions are met “one could think that an amount around $100-billion is not inconceivable,” Li Daokui said in an interview in the French daily Le Figaro.

The EU has been looking eagerly to China’s war chest of $3.2-trillion in foreign exchange reserves which it hopes could help bankroll the expansion of its bailout fund to one trillion euros to contain its debt crisis.

Conditions to bailout
The head of the European Financial Stability Facility (EFSF), Klaus Regling, travelled to Beijing last Friday for talks about a possible contribution but China has so far made no firm commitment to provide financial assistance.

But Li stressed that “China is ready to help Europe, it is clear, but there are at least two preliminary conditions” to fulfil.

Beijing wants certainty that the EFSF package works. In addition, China wants to know what sort of guarantees would be offered if the bailout fails.

On Thursday, Medvedev said that “Russia is part of Europe and their problem concerns us”.

“We will participate in financial aid programmes in EU countries, at least through the IMF,” he added.

Brazil said earlier that it would not purchase European bonds but would provide help via an IMF-administered fund.

She said, “What I propose is a return to real capitalism … because what we are experiencing now is not capitalism, it is anarchic financial capitalism where nobody has any control.”

EU leaders thought they had put the Greek debt crisis to bed with a rescue plan on October 27.

But Greece shocked the markets with an announcement that it would put the package to a referendum.

While departing for Cannes, India’s Prime Minister Manmohan Singh issued a strong statement, saying that “much more needs to be done” to restore investors’ confidence in the eurozone.

“The twin summits of the EU and eurozone a few days ago have helped to restore a measure of confidence in the markets but much more needs to be done,” Singh said.

“It is imperative the difficult decisions needed to address the economic challenges in Europe and elsewhere are taken swiftly,” the Indian prime minister said. — AFP