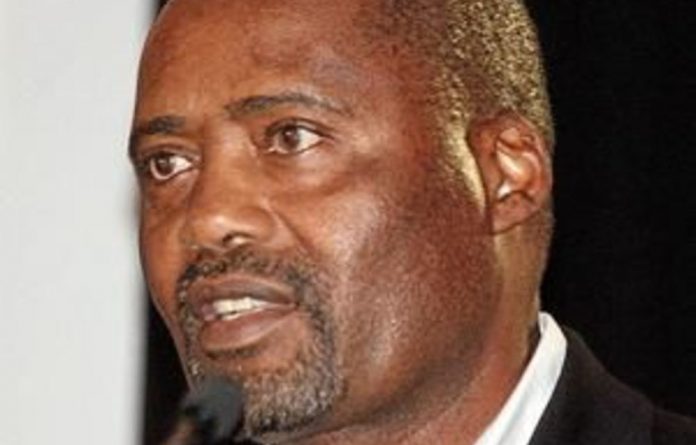 The National Home Builders’ Registration Council — an industry watchdog that oversees the standards of house construction — has allegedly offered a R700 000 settlement to a manager it suspended after he raised questions relating to multimillion-rand tenders.

The jumbled tale also involves a former member of the special investigations unit (SIU), Vanessa Somiah, who was involved in an investigation into alleged corruption at the council.

The SIU said earlier this year that it had received allegations that Somiah might have acted improperly in accepting a senior position at the council and that her appointment might have been irregular.

Kwame Mzileni, a “facilities manager” at the council, was suspended on July 23 last year, a month after the Democratic Alliance’s spokesperson on housing, Butch Steyn, alleged that there had been a conflict of interests in the council relating to tenders worth more than R100-million.

Steyn told the National Assembly in April last year that there were allegations that Mashinini had signed a R32-million deal with the Gauteng housing department for the ­construction of low-cost houses on behalf of a private company, Devgroup Investment.

In June last year he alleged that the council had outsourced home inspection services to Ahanang Hardware and Construction, a company solely owned by Seape, for R70-million.

Alleging that Mzileni had divulged “confidential” information to Steyn, the council reacted by suspending him for bringing its name and that of the chief executive into disrepute.

A disciplinary hearing was held and Mzileni was found not guilty in September this year. But the council nevertheless went ahead and terminated his services.

Both parties are now back in court after Mzileni applied for an interdict against the decision. On October 28 he told the Mail & Guardian that the council had offered him more than R700 000 in an out-of-court settlement as a way of “buying me out of the organisation”.

In response, council spokesperson Conrad Mors said: “The matter in question is sub judice, but Mr Mzileni has indicated that he is willing to look at an offer.”

‘Investigation bearing fruit’
Mzileni told the M&G this week that it had not been his intention to get caught up in the situation when he started asking questions.

“I cannot be happy, because the matter was not handled appropriately and I am fighting a battle with my employers without seeing the investigation bearing fruit,” he said.

The SIU started its investigation of the council about in mid-2010. A few months later, in November, Mzileni and Steyn met the SIU investigator, Somiah, to give her information about alleged corruption at the council.

In reply to the M&G‘s questions the SIU said this week that it had received allegations that “Somiah might have acted improperly in accepting a senior position at the council and that the creation of the position and her appointment at the council itself may have been irregular”.

“Shortly before she left the SIU, concerns were raised with Ms Somiah about the quality of the report on the investigation at the National Home Builders’ Registration Council.

“During the discussion she failed to disclose that she had a potential conflict of interest, given that she had already accepted an offer of appointment to a very senior position at the council,” the SIU said in a statement.

Both Mashinini and Somiah were placed on special leave in July.

However, the council said in a statement this week that no disciplinary action had been taken against Mashinini because the matter was still under investigation.

It said Somiah would remain on special leave until the investigations by the council and the SIU were completed.

The SIU said it was investigating a possible conflict of interests and corruption on the part of members of the council and its senior management, but that its probe “has been made more difficult by pending litigation and threats of litigation, and the SIU has not received full cooperation from the council”.

In an interview with the Mail & Guardian Data Desk, the head of SIU said it is fixing internal problems
Read more
National

Nkandla architect’s date in court with the SIU postponed