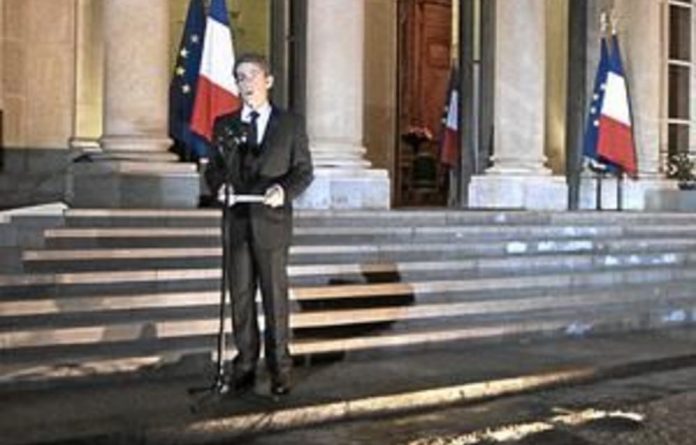 Hosting the G20 summit that started in Cannes on Thursday is a crucial test of Nicolas Sarkozy’s political credibility at home as he prepares for a difficult re-election battle and with France struggling to hold on to its AAA credit rating.

Behind the glamorous Côte d’Azur setting for one of the biggest international summits ever hosted by France is the backdrop of a stagnating French economy, crippling public debt and a deeply unpopular president trying to save his own political skin.

The French president had hoped to arrive on the Croisette in a strong position as self-styled saviour of the euro. Instead, he had to hold hastily convened crisis talks on Europe’s sovereign debt crisis and the shock Greek decision to put its rescue package to a popular vote.

The eurozone crisis has overshadowed Sarkozy’s attempts to add his own personal touch to the standard G20 agenda. He invited Bill Gates to the summit to deliver an address on development — the first time the G20 has hosted a “special guest”.

On Wednesday Sarkozy hosted meetings with non-governmental organisations and labour unions at the Elysée before the summit opened at Cannes, a gesture designed to show a more caring, social side to a summit normally associated with the highest echelons of power and capitalism.

The Elysée hoped these meetings would defuse the mood of the anti-G20 protest lobby gathered in Nice. Privately, however, Elysée officials acknowledged the difficulties of the G20 summit but stressed that the most important issue was for the world’s leading economies to show a united front on the world financial crisis that could both reassure public opinion and calm the markets.

In France, the summit was all about Sarkozy overhauling his own personality. It would serve the Elysée’s recent attempts to undo his image as an erratic, undiplomatic, bling-loving loose cannon, and show him as a calm global statesman who can build consensus in the face of another world economic crisis.

His leadership during the Libya crisis failed to boost his popularity at home. Despite the recent arrival of his baby daughter and his prominent role in the Libya crisis, his approval ratings are stuck at lows of about 30%, the French senate recently fell to the left for the first time in 50 years and, with six months to go until the 2012 presidential election, polls showed him lagging behind François Hollande, the socialist candidate.

The first photographs of the relaxed president, dressed casually and walking in Versailles with his wife and daughter, were published last weekend, in what pollsters felt was hardly a coincidence.

Preparing France for austerity measures
Sarkozy’s preparations for his personal transformation at the G20 began last week with his first television appearance in eight months, a live interview designed to explain the economic crisis and prepare France for more austerity measures as growth forecasts were revised downwards and unemployment hit an 11-year high. A poll for newspaper le Figaro found that 55% of the French felt his performance was convincing. This was crucial, given that some recent polls indicated for the first time that voters would trust the left more than they would Sarkozy to get them out of a financial crisis of the magnitude of 2008.

The socialists criticised Sarkozy’s performance at the recent Brussels eurozone summit, accusing him of styling himself as a “Tarzan” swinging through the jungle of the world crisis to solve global problems but undermining the French economy with poor policies at home.

Sarkozy is under pressure more than ever to deliver results at the two-day G20 summit. When France took the presidency of the G8 and G20 in January he promised a new world order of regulation and responsibility in the financial world — undertakings designed to impress the electorate at home.

Stéphane Rozès, a political analyst and head of Cap Consultancy, said the G20 summit was “a way for Sarkozy to polish his image after having been the saviour of the eurozone”.

“It’s about him burnishing his image as someone who finds solutions for international crises. Sarkozy’s biggest successes will not have been in internal French politics — where he’s seen very negatively — but in international roles, such as his presidency of the European Union.”

Rozès added: “The connection between Sarkozy and the French people has deteriorated profoundly, with only one in two recognising his stature as a head of state and only one in three wanting him to run for re-election. The crisis is in some ways favourable to him: it allows him to show off his determination and force of character.”

Marc Touati, an economist at Paris-based Assya, said: “The real challenge for Sarkozy at the G20 is to improve his standing at home. He has to shore up France’s credibility and avoid a downgrading of France’s AAA rating before the election. People in France are really feeling the economic crisis. We’re almost in a recession. Unemployment is up. Purchasing power is low.

“The problem is if the electorate see the promises on regulation and tax havens as only marketing, with no real effect.” —