Giving the sidelined a voice 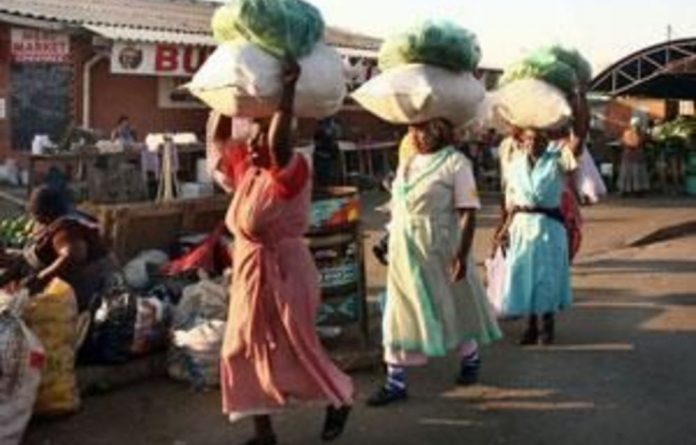 ‘South Africa is still trying to come to terms with whether it is going to embrace people who are working informally, or whether we want to pretend that we have First World cities,” said Richard Dobson, ­the co-founder of a non-­governmental organisation that promotes the development of informal trading in cities.

Dobson and Patrick Ndlovu started Asiye eTafuleni in Durban in 2008. The duo previously worked together on the Warwick Junction Urban Renewal Project, an initiative of the eThekwini Municipality. They felt it was time to build a “side-by-side” working relationship with informal traders as a way to counter the huge job losses caused by the global economic recession.

“If you look at the rest of Africa, or the other Bric countries [Brazil, Russia, India and China] and even cities in Europe, informal trading has become a reality,” said Dobson. South Africa still has a long way to go in this regard, he said. The ­government does not recognise street vendors as entrepreneurs. And, in a throw back to apartheid mentality, urban areas in which ­informal traders operate are often seen as “dangerous”.

Dobson said it will take time to transform the way South Africans think about their cities — even though the “dotted lines” that once divided urban spaces ­according to racial profiling were removed long ago.

Asiye eTafuleni’s main goal is to persuade potential investors to engage in urban planning and design interventions to ­create a conducive environment for informal traders and “an improved urban experience for all”. This can be achieved, they believed, only if the traders themselves are empowered to speak out and be heard.

Currently, however, most ­traders lack “voice, visibility and validity” and have little or no claim on the spaces they occupy. The organisation focuses particularly on female traders, because they “dominate the sector and support a large number of dependants”. Sadly, though, they “enjoy only the most marginal opportunities”.

The name of the organisation encapsulates its way of working. “Asiye etafuleni” is an isiZulu phrase meaning “Let’s go to the table”. The approach is ­people-centred and tries to challenge the “reactive nature of local government responses to the ­informal economy”. By helping informal traders to advocate for their own projects, Asiye eTafuleni believes it will be better equipped to access local government development funds.

Team members do not see themselves as “experts”. Instead they try to work side by side with informal ­traders and to learn from them before they offer any advice. Sometimes that means getting their hands dirty.

Dobson described how the team spent a day on the streets with Durban’s “recyclers”, digging deep into other people’s ­rubbish to salvage cardboard boxes. “By the time we were done, we knew how heavy cardboard was. We also learned that drivers were totally disrespectful of people pulling a recycling cart and would run you over if they had half the chance,” he said.

The experience helped the team to understand the daily realities and challenges of the city’s recyclers and led to a R100?000 initiative to improve their lives, commissioned by the eThekwini municipality, as part of its Imagine Durban project. An architect by profession, Dobson is passionate about transforming the design of urban spaces in which informal traders work. This means rethinking issues such as ­shelter, toilets and, most importantly, ­storage facilities.

Asiye eTafuleni includes lobbying among its activities. Earlier this year the organisation helped to block the planned demolition of Durban’s Early Morning Market in Warwick Junction. The area had been designated for a shopping mall, but the plans were finally brought to a halt after successful legal challenges against the municipality, which had initially approved the plan.

As an organisation that believes in sustainability, Asiye eTafuleni’s ­long-term goal is simple: to “work itself out of a job”. But this might not happen any time soon — not until there is “comprehensive ­embedding” of the organisation’s approach among informal-trading ­communities, local government and the built-environment sector, Dobson said.

The judges were blown away by the organisation’s approach to complex and common issues in South Africa’s cities. It is an innovative, progressive organisation setting new standards that should be replicated widely, they said.

Refugees still fear for their lives