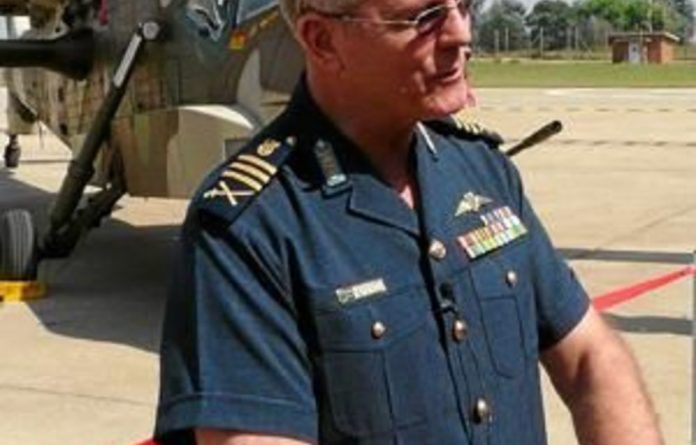 The secretary of defence, Mpumi Mpofu, has resigned and the head of the air force has also tendered his resignation after Deputy President Kgalema Motlanthe missed an official state visit to Finland last month because of mechanical problems in the aircraft he was supposed to use.

The Mail & Guardian understands that Motlanthe has repeatedly been the victim of mechanical glitches plaguing the VIP fleet.

In 2009, on his way back from an African Union summit in Libya, Motlanthe’s airplane made an emergency landing on a dark runway in the Democratic Republic of Congo after it had missed a fuel stop in the Central African Republic.

In September, the airplane flying him to the opening of the Rugby World Cup in New Zealand missed its first landing slot “as a precautionary measure”, according to the defence department.

It conceded in a statement at the time that the aircraft missed the slot because of a “faulty warning light”, which suggested there might have been something wrong with the airplane’s brakes or tyres.

The aircraft that failed to fly Motlanthe to Finland last month — a Bombardier Global Express jet — is the same one that caused panic in New Zealand.

Mpofu resigned last week under pressure from Minister of Defence and Military Veterans Lindiwe Sisulu, who is demanding answers about the chronic mechanical problems of Motlanthe’s aircraft. In addition to Mpofu’s resignation the chief of the South African Air Force, Lieutenant General Carlo Gagiano, has tendered his resignation, but Sisulu is yet to accept it.

Mpofu refused to respond to the M&G‘s questions because of the “sensitivity of the matter”. “Kindly refer all queries to my former employer,” she said.

Sisulu’s spokesperson, Ndivhuwo Mabaya, confirmed that Mpofu had resigned “with immediate effect”, but denied she had left because of the Finland incident, calling the suggestion “speculative”.

“The secretary of defence does not mention anything with the deputy president’s plane in her resignation letter,” said Mabaya.

‘Hot environment’
Sisulu is on record as saying the Finland incident was “unacceptable”. Asked whether Sisulu’s anger could have played a factor in Mpofu’s resignation Mabaya said there was no truth in it. But he said the “hot environment” in the defence force after the recent problems could have been “uncomfortable” for some staff.

“We have got an air force that doesn’t have planes to transport VIPs, we’ve got a procurement process that’s not producing planes and we’ve got a deputy president who cannot honour an official visit because there’s no plane. Naturally everyone will be unhappy.”

Gagiano made it clear in his resignation letter that he took the blame for the airplane drama, said Mabaya. “He suggests that he is taking responsibility for the deputy president’s failure to attend the official visit to Finland. The minister has not accepted or rejected the letter — she is still applying her mind.”

Nordic countries regard South Africa as a gateway to the continent and are said to be keen to develop closer relations with other countries in sub-Saharan Africa.

Motlanthe missed his Finland visit after the Bombardier could not take off from Waterkloof Air Force Base because of technical problems. It had been rented because the air force did not have enough VIP aircraft.

The airplane encountered problems two weeks ago when Motlanthe was due to start his visit to the Nordic countries, including Sweden and Denmark. He took a commercial flight to Sweden the following day.

Motlanthe’s spokesperson, Thabo Masebe, said the visit to Finland had to be cancelled because there had been no “time or space” to reschedule meetings. “We communicated with the Finnish government and offered an apology. They understood. We offered that we would consider a visit to that country next year.”

In addition to being upset at the embarrassment the country had suffered, Sisulu’s other major concern was the fact that the defence department was still renting aircraft when it was supposed to own them.

Uncomfortable situation
A tender was awarded to a successful bidder, AdoAir, for the acquisition and maintenance of new VIP aircraft, but the process was delayed. The department of defence has, instead, relied on renting planes from another aviation company, the ExecuJet Aviation Group.

A defence force source told the M&G that the situation was even more embarrassing because the defence force had planes that other African countries could not afford.

“We are the only country in Africa that owns Gripen fighter jets, but we can’t fly our deputy president to a state visit. In the absence of war, one of our biggest responsibilities is to move VIPs around.”

Motlanthe had been scheduled to leave Waterkloof at 5pm, but had to wait at his official residence for three hours while air force engineers tried to fix the airplane. Despite being called with a message that the aircraft was ready to take off, the deputy president was then made to sit on board for a few more hours because the problem had not been fixed.

A government official with intimate knowledge of the incident said it was “uncomfortable for anyone to sit on a plane for hours when it’s not moving”.

A government delegation, which included Basic Education Minister Angie Motshekga and three deputy ministers, was already in Finland at the time after flying with commercial airlines. Motshekga then had to stand in for Motlanthe during some of the meetings he had been scheduled to attend.

It was clear this week that Sisulu was furious about the incidents.

“The minister is very unhappy about it. On a scale of one to 10 she’ll score 10 [with her unhappiness]. She is also unhappy that the new planes that we are supposed to buy have not been bought,” Mabaya said.

“This thing that happened could have happened in the air. You can’t play marbles with the life of the deputy president of the country. The minister communicated that message very strongly to every senior member involved.”

While the defence force is struggling with its VIP fleet, AdoAir is involved in a court battle with the department to force it to honour the company’s appointment. The process of acquiring two new, reliable airplanes started in February.

AdoAir is a Nigerian-owned aviation company operating from Lanseria airport north of Johannesburg. It was appointed by the defence department to provide two jets worth R808-million for government VIP transport five years.

Sources close to the process told the M&G that AdoAir had been asked by the department to make changes to the specifications of the aircraft. The company did so, and felt it had met the required standard, but was informed that the contract would not go ahead.

Mabaya said Sisulu had requested opinions from three different legal firms to ascertain whether the department could successfully defend itself against AdoAir in court.

“We want to know if we have an obligation to AdoAir. If we’ve got it, we have to honour that agreement.”

According to an agreement with AdoAir, the new aircraft were supposed to have been delivered to the air force on July 1.

Mpofu, who has worked with Sisulu at the department of housing, was appointed secretary of defence 18 months ago.

Even though no planes were ever supplied, a company wants hundreds of millions of rands from the military for a contract to supply two aircraft
Read more
Advertising
Continue to the category
Coronavirus