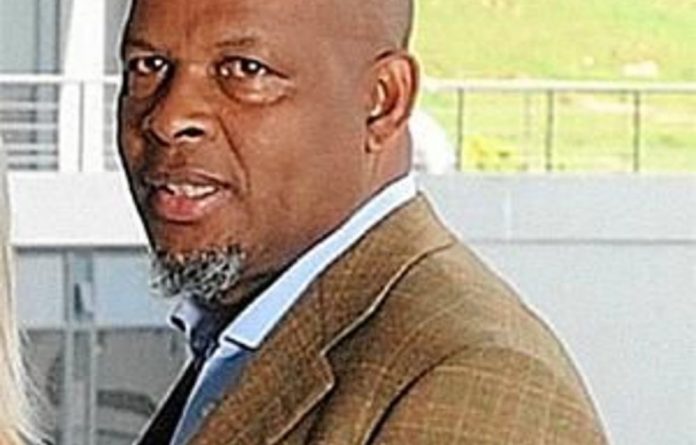 Clothing factory workers packed into the Western Cape High Court on Thursday cheered after the court ordered former unionist Richard Kawie to attend the hearing into the liquidation of Canyon Springs Investments 12 in Cape Town, which he has been avoiding.

Judge Dennis Davis said Kawie was a crucial witness and had to attend the hearing on November 23.

Kawie is alleged to have funded his lavish lifestyle from borrowed ­pension fund money that had been loaned to Canyon Springs and moved to two of his companies, which were shells until the money found its way to them.

However, he was not in court this week and his legal representatives indicated that he had left South Africa. A letter from his newly appointed legal team was read to the court. They claimed he was “incommunicado” and would return on November 16.

Kawie had applied to the court to have the subpoena to attend the inquiry set aside, while the South African Clothing and Textile Workers’ Union (Sactwu) countered with an urgent application to force him to attend.

“Mr Kawie could not have been under any illusion that the liquidators would sit back with their hands folded and wait for him to return,” said Gavin Woodland, acting for the union.

“All the Canyon Springs money has been stolen. The cupboard is bare and the liquidators did not have money to fund this inquiry.”

It was common cause that workers had been “done out of” R470-million, said Woodland. It was a burning matter and of great public interest. He asked the court to compel Kawie to appear before the inquiry on November 23.

Kawie ignored a subpoena to appear at the inquiry in Cape Town on October 17 and is believed to have left South Africa the next day. This was after criminal charges of fraud were laid against him and Trilinear Asset Capital owner Sam Buthelezi, who authorised the loan of the ­pension fund money.

The previous subpoena served on him compelled him to remain available to be called back to the inquiry during this period, but Kawie apparently moved out of his luxury flat in Cape Town the day after charges were laid against him.

Private and confidential inquiry
Workers at his block of flats in Chiappini Street told the Mail & Guardian that they had not seen him in the building since the day he failed to appear at the inquiry.

“He drove off in his Land Rover and never came back,” said a worker, who asked not to be named. He often used to say to us that we should not be working such long hours. He told us to join the union.”

In his court affidavit Kawie said he believed the inquiry would be “private and confidential”, but instead journalists had been given permission to attend.

Citing articles published in the Sunday Tribune and Die Burger, he said media reports about the part he was alleged to have played in Canyon Springs accused him of improper and illegal activities.

“In this regard I have been maligned and defamed and my good name besmirched. And as a result, my business has suffered and continues to suffer,” he wrote.

Kawie said he would suffer more losses and prejudice if he appeared before the inquiry not knowing what was required of him. “I suspect that the commission is merely targeting me as a scapegoat and is not intended to arrive at the truth,” he said.

In an affidavit by Andre Kriel, general secretary of Sactwu, claimed that Kawie was trying to avoid having to appear. Kriel said Kawie had “adopted delaying tactics and done everything in his power to frustrate his examination”.

Kriel said Sactwu had been compelled to lead the inquiry proceedings and the examination of witnesses. “This is because the loan of monies amounting to more than R100-million to Canyon Springs was ultimately sourced from the provident funds to which Sactwu workers belong.”

Among the many issues Kawie had to explain was why the Deputy Minister of Economic Development, Enoch Godongwana, was paid an amount of R1.5-million from Canyon Springs and two of Kawie’s own companies, Empirax Investments and Eclipse Capital.

These amounts were traced after the inquiry subpoenaed bank records of Kawie’s personal and company accounts.