Local playing fields are not so level 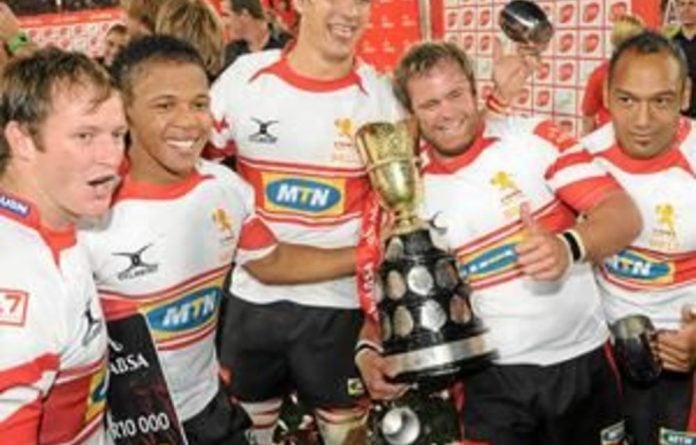 The Lions may have a shiny trophy to signify the dawning of a bright, new era for them, but the Currie Cup itself is heading into an uncertain future.

The Currie Cup may be South Africa’s premier domestic tournament, with a proud 119-year history, but the South African Rugby Union (Saru) has allowed it to be squeezed into near insignificance by Super Rugby from next year.

The expansion of the South Africa, New Zealand and Australia rugby tournament means the Currie Cup will become a 12-week competition with even less involvement from the Springboks.

After a gruelling 24 weeks of Super Rugby, ending on August 4, the Springboks will be involved in the Four Nations — which was also expanded to include Argentina — and that is expected to run all the way through to October 6. But if the Currie Cup finishes in the last weekend of October, as it has recently, it will have to start on August 11.

Apart from the scheduling madness, the most controversial aspect is the decision to reduce the premier division to just six teams, meaning that, after 16 years of involvement, those unions outside the traditional “Big Five” will be back in the wilderness. The Pumas, Leopards and Griquas, who were competitive in the premier division this year, have the most to lose.

An irate Pumas coach, Jimmy Stonehouse, suggested an alternative format in which a first round involving all eight teams would be played. The Currie Cup would then be split into a top four and a bottom four. Each would play three more matches, followed by semifinals and a final — and promotion relegation.

Predictably, the idea received an icy response from the big unions — the Lions, Sharks, Free State, Western Province and the Bulls — which have spotted an ideal opportunity to strengthen their own squads at the expense of the smaller unions.

“It’s not good for South African rugby and my biggest concern is that we’ll lose all our players to the top unions,” Stonehouse said.

“The big unions make life easier for themselves by having bigger squads. I have a R6-million team and you can’t expect them to beat a R40-million team. We’re a small union and we just don’t have the depth. The bigger unions should have a limit on how many contracted players they can have.”

Dictating economics
As far as Saru is concerned, it’s a case of economics dictating the format of the Currie Cup.

“The unions are the South African Rugby Union and they have taken this decision with a view to ensuring the continuation of rugby in all regions. One of the benefits of the new broadcast deal is that revenues have increased, permitting greater disbursements to all unions.

“The format has been confirmed and is appropriate to the structure of the season. The experience in most sporting environments is that where an artificial limit is imposed, the market will find a way of avoiding the rule to come up with the same outcome,” said Saru chief executive Jurie Roux.

But the problem is that the new structure is being built on an uneven playing field. Even an up-and-coming Varsity Cup player earns more than some Pumas’ and Leopards’ “professionals”.

There is also an increasing trend for the big unions to contract players just to stop someone else from signing them. There are several players in Johannesburg and Pretoria being paid R30 000 a month and who never come close to seeing Currie Cup action.

The Leopards fielded an exciting flyhalf this year in Wesley Dunlop but, according to Boshoff, he is joining the Bulls.

“Wesley has a lot of potential, but there are six flyhalves at the Bulls already so he’s just going to sit on the bench. The way Marnitz and Ruan Boshoff and Burton Francis got lost at the Bulls is an example of this,” the former hooker said. Although there will be some television coverage of the first division, the lack of high-profile exposure could send unions that are already near bankruptcy into the abyss.

“There are huge financial implications for the unions, because exposure means money. It’s an unhealthy system right now and it’s not good for South African rugby.

“The Currie Cup should be a feeder and those smaller unions are breeding grounds,” Boshoff said.

While the “Big Five” are assured of their premier division places it is the identity of the sixth team that is causing much speculation. Griquas should be that side purely on merit, but the problem of the Eastern Province Kings continues to haunt the rugby union. The Kings were initially against the change in format to six teams, but then joined the “Big Five” camp, with the minnow unions suggesting it was because they had been guaranteed the sixth spot.

Roux has denied this, but the rugby union is under enormous pressure to promote the game in the Eastern Cape, the site of the strongest black rugby in the country.

Fighting back
While the union is adamant that the decision has been made and there will be no further meetings about it, the Pumas and the Leopards and the like are still muttering and there could be further developments within the next few weeks.

“We’re not going to sit back, we’re going to fight to get into the premier division. There’s a lot of fighting spirit in our union,” Stonehouse warned.

It must be said, however, that a couple of unions are happy that there are two divisions and they can just cruise along in obscurity taking the rugby union grant.

“That’s not how rugby players should think. For us, we must be trying to play at the top and name me one guy playing for the Springboks who comes from the bottom six teams?” Stonehouse said.

Sharks coach John Plumtree is in two minds about the whole issue.

“Bigger teams going to those small places is really nice for the local people. But, having said that, the one thing that was disappointing was that there were no crowds in some of those places and that showed me the support base is not great.

“But what was really nice about the Currie Cup this year is that we saw a whole lot of really good young players come through those smaller unions. That’s where the current system is good, in terms of the development of players, they still have a team to go and play for. I know that they can still go and play for those teams in the first division, but it’s not the same intensity and, if you look at this year, those ­minnow teams were hard to beat,” Plumtree said.

Claims of favouritism stalk the game, but the data on penalties paints a picture at odds with righteous indignation
Read more
Environment

Lions are extinct in 26 African countries, and numbers in the wild have plummeted 43% over the last two decades, with roughly only 20 000 left
Read more
Sport