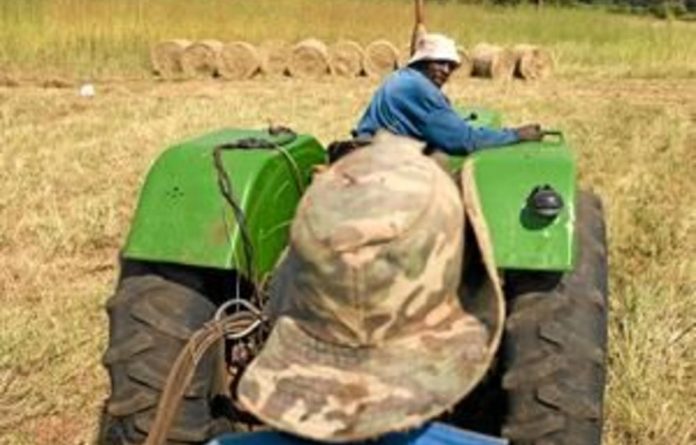 Agriculture Minister Tina Joemat-Pettersson is embroiled in a row with suppliers in the agricultural sector after she repeatedly stalled a R420-million tender meant for the provision of tractors to emerging black farmers.

The tender is part of President Jacob Zuma’s comprehensive rural development programme meant to fast-track the entry of black farmers into commercial farming.

At least 350 tractors are yet to be given to emerging black farmers in seven provinces. Mpumalanga and KwaZulu-Natal were granted their share of tractors three years ago. The first part of the tender for the delivery of tractors was awarded in Mpumalanga under “dubious” circumstances, according to the Democratic Alliance.

The party’s Lourie Bosman, an MP and spokesperson on agriculture, said he had sent questions to the minister requesting clarity on the Mpumalanga tender.

Joemat-Pettersson advertised the R420-million tender for the first time in May last year, but she has since cancelled and re-advertised it several times.

Angry suppliers told the Mail & Guardian this week that the minister had not provided reasons for the cancellations of the tender, whose evaluation processes were conducted by the department’s subsidiary, the Agricultural Research Council (ARC).

“A tender for the acquisition of tractor packages was advertised by the ARC in the tender bulletin of May 2010,” a supplier told the M&G.

During a reply to a question in Parliament last year, Joemat-Pettersson told MPs that her department would spend R420-million on new tractors for black emerging farmers. However, she omitted to disclose that the tender had been delayed due to her repeated cancellations.

Her spokesperson, Selby Bokaba, said the minister cancelled the tender and then re-advertised it because the procurement process had been “compromised”.

“We cancelled because we did not want the tender to be tainted [by corruption and flouting of tender policies in terms of the Public Finance and Management Act],” said Bokaba.

“There were individuals, or an individual, on the tender committee who were perceived to be problematic. But the ARC has since assured us that everything is above board and therefore we are now on the verge of awarding the tender.”

Neither Bokaba nor the ARC’s senior manager of supply chain management, Mashangu Masebenza, could provide a timeframe for the awarding of the controversial tender.

The Mpumalanga delivery was clouded in controversy after the then provincial minister for agriculture, land reform and land administration, David Mabuza, awarded a R230-million tender to his friend and businessman, Patrick Chirwa, to supply tractors to the province’s farmers two years ago.

Mabuza allegedly awarded the tender without it being budgeted or planned for by the agriculture department.

According to a City Press exposé of the tender, Mabuza and Chirwa were business partners in a close corporation — Above Average Trading Corporation 45 — which has since been deregistered.

The premier’s office has not released a forensic audit report, but efforts are under way to force Mabuza to release it to the public in terms of the Promotion of Access to Information Act.