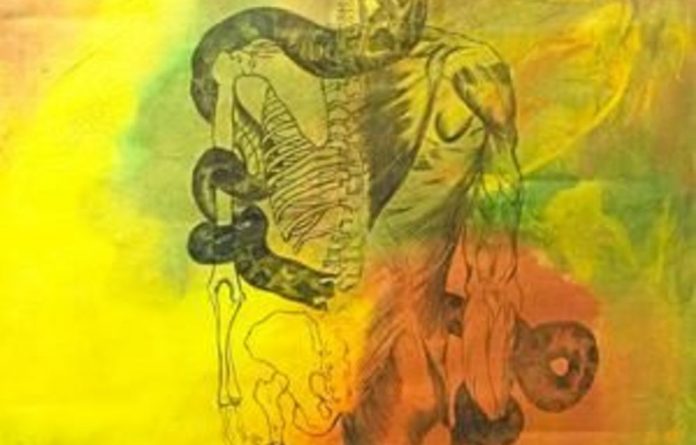 The champagne and canapés flowed liberally at the private viewing last week before the Bonhams South African art sale. Before reaching the rooms filled with masterpieces by George Pemba, Alexis Preller, Gerard Sekoto and Irma Stern, buyers and sellers passed through a hall displaying part of the Coming Home exhibition of repatriated “struggle” art organised by the Ifa Lethu ­Foundation.

Set up just more than five years ago by former Australian diplomats with art they had collected in South Africa, Ifa Lethu has now repatriated hundreds of works by township artists. These were donated to the foundation by people now living overseas who had acquired them in South Africa.

The focus of the collection is on artists working between the 1960s and 1980s, whose talents remain largely unexposed to the art world because of the isolation of apartheid when opportunities were closed to most. But the works themselves were taken around the world.

The collection ranges from known artists such as Dumile Feni, Lucky Sibiya and Nat Mokgosi to others such as ­Reginald Kumisa, about whom intriguingly nothing is known. Kumisa’s only trace is an interesting cubist work of a mother and child.

Most of these artists from this lost era are not well known.

“How could they be?” asked Narissa Ramdhani, the chief executive of Ifa Lethu, “because black art was totally neglected and received no recognition in that time. Until we found this art and began repatriating it back into the country, we weren’t aware of these skills that resided in South Africa at a very difficult time.”

Struggle is a constant theme, so is everyday life during the apartheid era. Many of the artists in the collection were persecuted for their cultural and political activities, such as Thami Mnyele, who worked in the Rorke’s Drift Mission style of woodblock printing and was killed in Botswana during a cross-border raid in 1985.

Dangerous terrain
Another, Benedict Martins, was charged with producing Steve Biko T-shirts and later sent to prison for membership of Umkhonto weSizwe. His work, Apartheid Kills, a snake devouring a human being, gets straight to the point.

Fikile Magadlela, who died in 2003, was imprisoned during apartheid for his cultural activities and not allowed to travel. But in his magical drawing, Melodious Journey through the Cosmos, a bearded man rises up into the sky as a disembodied hand plays piano keys across his spine.

Most of these artists worked in the Rorke’s Drift tradition or emanated from the Polly Street Art Centre in central Johannesburg, such as Winston Churchill Masakeng Saoli, who was detained for 90 days without trial in 1972 and died in 1995. At least he received some recognition during his lifetime.

Saoli studied with Cecil Skotnes, Ezrom Legae and Bill Hart at the Jubilee Art Centre, as Polly Street was renamed. He leaves an untitled work of a woman reading the Soweto News with her eyes closed.

“The issue is that museums in South Africa were not collecting work by black artists,” said Carol Brown, the curator of Coming Home, and the former director of the Durban Art Gallery. They were also overlooked by corporate collections and private buyers.

“They weren’t considered important. Art by black artists was generally not valued at all in South Africa. It just wasn’t part of the canon of art history, or art ­production.”

By the late 1980s, some dealers had started to research some artists who had travelled abroad, such as Sekoto and Dumile Feni. “Whereas these [other] artists all remained in South Africa,” said Brown, and consequently, “were never marketed, never brought to the fore and never studied.

“So, hopefully, this process of holding exhibitions, producing catalogues and starting to research some of them will bring recognition. Now the museums are needing to catch up to speed,” Brown said.

Exploring the market
In addition to piecing together this missing chapter of South African art history, Ifa Lethu assists young people to develop entrepreneurial skills in the arts and fashion.

“We’ve been successful in identifying and securing markets for their works,” said Ramdhani.
The collection is also used to teach children about human rights.

The Coming Home exhibition has been on the road, visiting Australia and London. It will now go to New York and then on to Chile, a country with a shared history of artistic oppression. In Chile, there is a similar initiative to repatriate resistance art from the Pinochet era and there will be a joint exhibition.

As Brown says, “the work has started”.

The Portfolio: Nest and making forms of knowledge for the future

What nebulous factors decide the price of an artist’s work?

Gallery Momo: No titles enable your own take