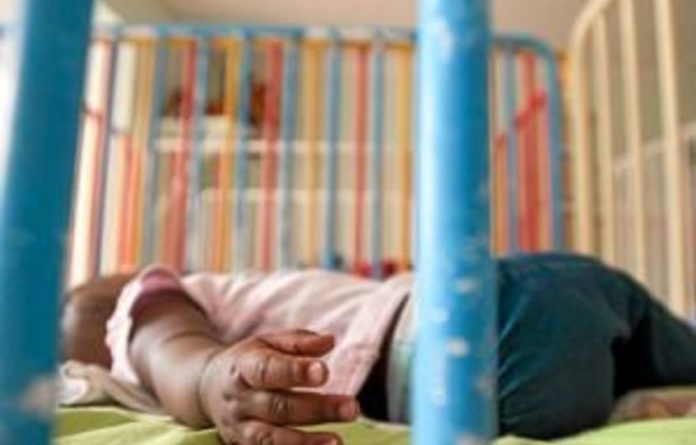 South Africa’s population hit 50-million this year, but the country’s population growth is considerably slower than that of Africa’s 39 high-fertility countries, experts said this week.

They emphasised that South Africa’s relatively low population growth was less the result of a higher death rate caused by the HIV/Aids pandemic than a consequence of women having fewer children.

In a week in which the United Nations announced that the world’s seven-billionth human being had been born, in the Philippines, Africa’s gathering population explosion also came under the spotlight.

Of all the continents, it would see the greatest changes over the next 40 years, the Guardian reported this week. Eleven countries in the world had fertility rates of more than six babies per woman and nine of those countries are in Africa.

Sub-Saharan Africa’s population stood at about 100-million in 1900 and 750-million in 2005. The latest UN projections suggested it would level off at more than two-billion after 2050.

The latest figures from Statistics South Africa’s 2011 mid-year population survey show that South Africa is growing at a rate of 1.1% a year.

Rob Dorrington, director of the Centre for Actuarial Research at the University of Cape Town, said that women’s fertility rates in the country had declined steadily since the 1980s.

“People are also getting married later and having kids at more advanced ages than before, which reduces the reproductive lifespan of women. Costs of education and living also contribute to smaller families.”

Stellenbosch economics professor Servaas van der Berg said the strong downward trend in the number of South African children being born had implications for the way in which the government used its resources. The inference was that the authorities could now shift funding from such activities as the provision of new schools.

In some countries, such as Japan, the birth rate is falling.

Booysen said that this put additional pressure on the working population, as there were fewer taxpayers to support a burgeoning population of retired people and their healthcare costs.

However, Van der Berg said, that had not yet happened in South Africa because life expectancy — at 54.9 years for males and 59.1 years for females — was relatively low here.

The average length of life in South Africa dropped by about 10 years between the 1990s and 2005 because of Aids deaths, said Dorrington. About a million babies were born each year in the country, whereas about 600 000 people died.

Dorrington said that an important counterbalancing factor was the rollout of HIV/Aids treatment — of the roughly five-million South Africans living with HIV/Aids about a million were now receiving antiretrovirals. As a result average life expectancy was now increasing.

Van der Berg said the country currently stood in an intermediate position between the ageing populations of the developed world and the high birth and death rates of developing countries.

But what concerned him was that South Africa’s infant mortality rates were much higher than they should be at the country’s stage of development. According to the StatsSA mid-year report from 2011, 37.9 of every 1 000 children born died before they reached the age of one, and 54.3 died before they turned five.

Clifford Odimegwu, head of Wits University’s programme in demography and population studies, said South Africa could also expect a growing number of refugees to cross its borders, because overcrowding led to economic migration.

‘Risks of overpopulation’
Odimegwu also warned against overdramatising the risks of overpopulation, saying that it was almost impossible to stop humans procreating. With growing populations, people had to live more intelligently, he said, while governments would come under increasing pressure to educate their citizens and use resources more wisely.

Odimegwu said one of the biggest problems in South Africa was that the working population that supported children and the aged remained unskilled.

The Guardian reported that the UN had warned that the world population could rise not just to eight or nine-billion people after 2100, as demographers predicted in the 1980s, but to 10-billion, or even 16-billion, if countries did not control their populations soon.

And, although it would be the rich whose consumption of goods was likely to destabilise the climate and global food supplies, it would be the poorest countries of Asia and Africa that would be left to cope with inevitable large-scale environmental degradation, explosion of slums, pressure on health and education services and the reality of living in a world without enough food and water for all.

The Guardian forecast that West Africa would be at the centre of the tidal wave of births. The population of Nigeria, now 150-million, was expected to increase to between 600-million and 725-million before numbers start to tail off in 40 years. Furthermore, the fertility rate in countries such as Mali was still rising.

Space was not the problem in Africa, it reported, as the continent was physically big enough to fit China, India and the US within its boundaries and could grow enough food for itself and others.

But a rapid, huge population increase linked to deep poverty in ecologically fragile, nearly landlocked countries such as Chad, Niger, Ethiopia and Mali terrified planners and demographers the world over, the newspaper reported.

In Niger, two in three people were under 20, women had an average of more than seven children and only 5% of adults used any form of contraception. If the country’s current growth rate of 3.3% per year remained unchanged, by 2050 Niger would have 56-million inhabitants, compared to its current population of under 15-million.

Niger, already one of the poorest countries in the world, was intensely vulnerable to climate change and experienced regular food crises, the Guardian said.

Other West African countries, such as Burkina Faso, traditionally saw their young people migrating to other countries to relieve pressure on their environments, but Ghana, growing at less than 2% a year, was much better off, said Marilyn Aniwa, head of the Union for African Population Studies.

“Hunger will not be the problem here. Contraception is still not widely used, but the country has enough land, water and space to double in numbers,” Aniwa said.