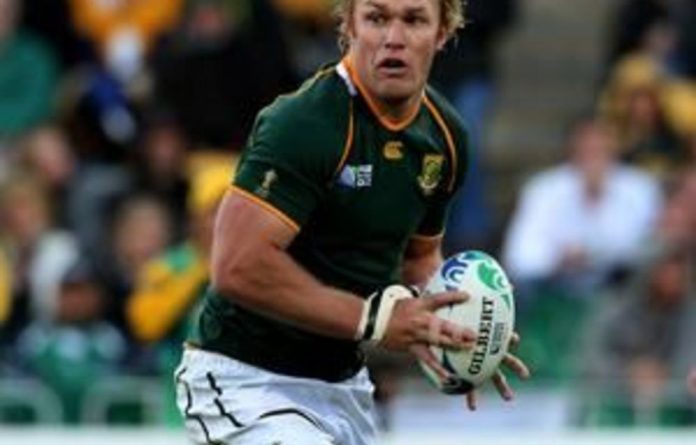 Springbok flank Schalk Burger was named South African rugby player of the year for the second time at the South African Rugby Union Awards in Johannesburg on Thursday.

And at the same function the Currie Cup champions the Golden Lions picked up a hat-trick of accolades.

Burger (28) was rewarded for his sterling form this season as he led the Stormers into the Super Rugby playoffs and then returned from a thumb injury to be arguably the outstanding Springbok player at the Rugby World Cup in New Zealand.

The loose forward, who also won the award in 2004, became only the fifth player to receive the accolade more than once, following Naas Botha, who won it four times, as well as Uli Schmidt, Bryan Habana and Fourie du Preez, who all won it twice.

The Lions were given three awards after beating the Sharks in the Currie Cup final last week to lift the domestic title for the first time since 1999.

The Johannesburg side was named team of the year, coach John Mitchell was awarded as coach of the year and captain Josh Strauss received the accolade for Currie Cup premier division player of the year.

Springbok fullback Pat Lambie (21) was named the young player of the year, while South Africa’s under 20 captain Arno Botha was the under 20 player of the year after some sterling performances at the Junior World Championships in Italy.

Oregan Hoskins, president of the South African Rugby Union, said the most pleasing aspect this year had been the support the country had thrown behind the Springboks, despite their elimination in the semifinals of the World Cup.

“On-field success of our national and provincial teams will always be of paramount importance, but I believe we have enjoyed a special year in the history of our rugby – perhaps a watershed year,” Hoskins said.

“That’s because our Springbok team has been embraced by all South Africans in a way I have never experienced before … This was the year that fans from all backgrounds stood behind the Boks from the moment the squad was announced … In the past, that kind of affection was dependent on the delivery of a trophy.” — Sapa