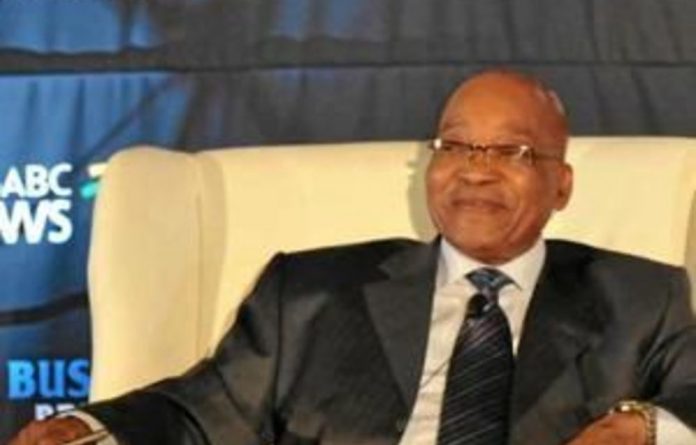 In what appears to be clear case of a conflict of interest, Telkom is sponsoring presidential breakfast briefings hosted by The New Age newspaper, in which Telkom chairperson Lazarus Zim holds shares and is a director.

President Jacob Zuma speaks to business delegates at the breakfast meetings on a wide range of issues the government is involved in. The gatherings are televised live on SABC2’s Morning Live show and so far the breakfasts have been held in Johannesburg and Cape Town.

The South African government holds a 39.8% stake in Telkom, which means it has invested taxpayers’ money in The New Age.

Zim, who is said to be close to Zuma and the Gupta brothers, owners of The New Age, referred Mail & Guardian questions to Telkom chief executive officer Pinky Moholi.

Approached for comment, chief executive of The New Age, Nazeem Howa, said the company remained “guided by good corporate governance in all our dealings”.

Telkom spokesperson Pynee Chetty said it did not view Zim’s chairmanship of the sponsoring company and shareholding in the recipients of the sponsorship as a conflict of interest. “In line with corporate governance practice, Mr Zim has declared his interests and directorships. There is no conflict of interest as Mr Zim is not in any way involved in any of Telkom’s sponsorship decisions,” he said.

Sponsorships were decided at executive level in a manner that complied with Telkom’s sponsorship policy, said Chetty. “Telkom’s executives are empowered to award sponsorship based on predetermined return on investment criteria.”

Zim was appointed Telkom chairperson in February, two months after The New Age hit the streets.

But Chetty disagreed with the figure. “The sponsorship value of all three breakfasts held to date is substantially less than half the figure you are quoting.”

But Chetty refused to give a figure, saying Telkom had “no further comment” on the matter.

Value for money
In addition to the Telkom sponsorship, delegates are charged R792 to attend the breakfasts. The money is paid to a marketing company appointed by The New Age.

Telkom is said to have signed an agreement with the newspaper for monthly advertising of at least R1-million.

The New Age has no known audited circulation figures so it is impossible to tell whether Telkom is receiving value for its money.

An analysis of the newspaper’s editions in October revealed that the telecommunications company advertised in the paper almost every day. Howa said the newspaper would not share details of its commercial relationship because of confidentiality clauses.

“At industry level there is an agreement that no such details are shared as it may fall foul of the competition legislation.”

Howa said the newspaper’s partnership with Telkom and the SABC allowed it to facilitate “national dialogue between those in power, key decision-makers and the voters across the length and breadth of our country”.

Telkom chose to sponsor The New Age breakfasts to create a platform for its business customers to meet government policymakers, said Chetty.

“In return, we receive the publicity associated with the SABC television broadcast to enhance our brand.”

The public broadcaster’s spokesperson, Kaizer Kganyago, said the SABC’s involvement in the venture was no different from others it had undertaken.

Kganyago confirmed that the SABC incurred costs in the partnership “which it would normally incur when running any outside broadcast which provides editorial content for Morning Live”.

The New Age will host the minister in the presidency responsible for the planning commission, Trevor Manuel, on November 18, and take Zuma to Durban a week later.

Each delegate who attends Zuma’s next briefing will receive a six-month subscription to the paper.

The presidency had not responded to questions about the president’s role in the breakfasts at the time of going to print.