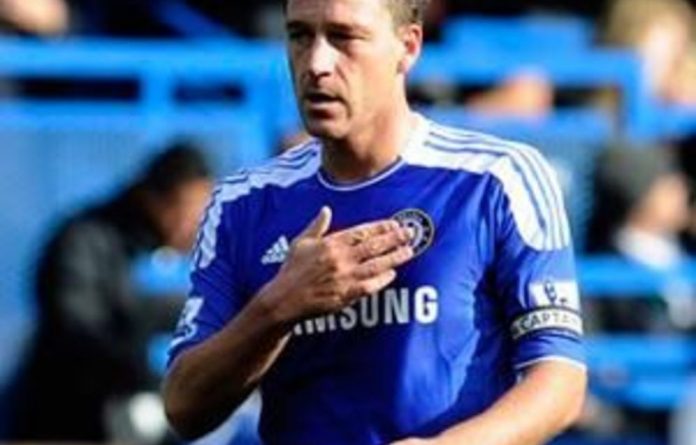 Capello has assured Terry that he will return against Sweden four days after England host Spain, but his accuser’s brother, Rio Ferdinand, will not be in the squad for the double-header when it is named on Sunday.

While not commenting on Terry’s alleged racial slur against Queens Park Rangers defender Anton Ferdinand, Capello claimed his experience in English football had shown “racist problems between the players do not exist”.

The police probe is overshadowing the buildup to key matches in England’s preparations for the 2012 European Championship.

It took a meeting on Friday between Capello and his bosses at the English Football Association, which is conducting its own probe into Terry, to determine if the centre-back would be in the squad. Capello then went to Chelsea’s training ground to offer Terry his support.

“He is innocent until proven guilty,” Capello said. “I spoke to him, he will be in the final squad. We decided on this — the FA and us together … there is no problem with John Terry at this moment. We need to wait what will happen about the FA investigation and the police investigation.”

Never ever
Video of Terry appearing to direct a racial slur at Anton Ferdinand during Chelsea’s match at London rival Queens Park Rangers last month was this week sent by broadcaster Sky Sports to the police.

“I never see, I never heard, I never found racism problems in England football, OK,” Capello said of his own experiences. “The fans never boo. Never. Racist problems between the players do not exist.”

Such is the sensitivity of the investigation, the FA and police had to discuss whether Capello would be able to talk about Terry during a round-table with journalists.

Having indicated that Terry would be rested for the Spain match at Wembley Stadium, Capello insisted: “That would only be for football reasons.”

“I don’t know if he will play because I need to see players because there will be injuries and suspensions — he was happy,” Capello added. “I know the value of John Terry, but I want to check the value of the other players.”

Singling out Joleon Lescott, Gary Cahill, Phil Jagielka and Phil Jones, Capello added: “We have a lot of centre-backs, I want to see something [different] during the game against Spain.”

Capello said Terry would play at least half of the November 15 match against Sweden — and he will still lead the team.

“He is the captain, it is important,” Capello said. “Now he had some problems, but I think he needs to wait for the result of the investigation.”

No excuse
The potential of having Anton Ferdinand’s brother in the squad has been avoided by Capello citing Rio’s lack of recent action.

Capello explained this to Ferdinand, whom Terry regained the captaincy from in March after losing it over a sex scandal before the 2010 World Cup.

“Rio is not in the squad because he is not in a good moment of form,” Capello said. “It’s not an excuse. It’s real what happened. He needs more games.”

The other United player missing from the squad is England’s biggest star, Wayne Rooney, who has been banned for the three Euro 2012 group stage matches after petulantly kicking a Montenegro opponent in the last qualifier.

Although England is appealing to Uefa, Capello still wants to assess other strikers against Spain and Sweden.

A new football style
England’s lawyers and outside experts are analysing Uefa’s four-page report into the incident as it forms the appeal.

“Rooney is a great player, very generous on the pitch,” Capello said. “Sometimes these eruptions happen with players. Normally it’s really good but this happens.”

“It’s a risk [leaving him out], but it will be very important to understand the value of the other players,” Capello said. “It will be a real big test for England’s ambitions.”

Capello judges Spain to be one of the best-ever teams thanks to its “new football style”.

“The base of the team is from Barcelona and the mentality of Barcelona is to go forward, to win back the ball quickly,” Capello said.

“They moved the style from Barcelona to the national team … [but] it is a big mistake to copy this style.” — Sapa-AP