Christmas comes to Sishen mine 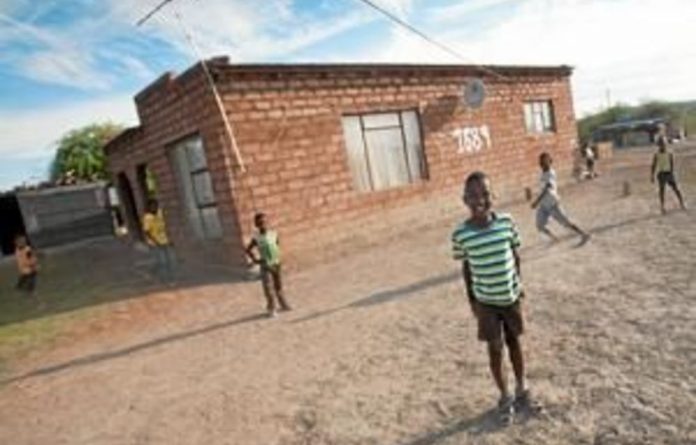 Kumba’s Sishen iron-ore mine is the biggest single open-pit mine in the world and among the largest contributors to the Northern Cape economy. Come December it will also be home to South Africa’s wealthiest mineworkers, some of whom could receive a R500 000 payout as part of a landmark empowerment deal.

The exact payout depends on the Kumba share price and workers’ length of service, but employees who have worked for the company for more than five years can expect R470 000 at the current share price.

There are 188 nearby villages where goats roam freely; donkey-drawn carts transport many residents in the dusty Kalahari heat. But the anticipation of wealth is already evident in this deprived area.

In communities surrounding the mine large houses have popped up among the rudimentary brick-and-mortar structures, and in the biggest town, Kathu, a housing boom has started. Vendors have begun to sell cars at the side of the road over weekends. According to the locals, you can buy now and pay in February.

An auto mechanic who has been at Sishen mine for 22 years told the Mail & Guardian that he planned to renovate his house with his share payout and invest in his children’s education.

A cleaner who had been working for the company for 26 years said she would pay off her house and save the rest for her retirement because her children were already grown up.

“My family won’t get my money,” she said adamantly. “My children won’t ask me for any of it.”

A welder said he, too, planned to invest in property and his family’s education. He said the younger workers had been talking about buying cars and throwing big parties, but after attending financial workshops organised by the company their plans had changed.

The Mineral Resources and Petroleum Development Act, promulgated in 2002, requires mining companies to have a 26% black equity shareholding by 2014. The Anglo American-controlled Sishen’s empowerment scheme, commonly known as Envision, has rocketed from R110 a share in 2006 to about R500 now.

The scheme reaches maturity on December 15 and only 17 of the 5 800 beneficiaries have elected not to cash in their windfall. Most of the beneficiaries, about 70%, work at the Sishen mine, whereas the remainder are employed at the company’s operations in Thabazimbi in Limpopo, Saldanha Bay in the Western Cape and Postmasburg, also in the Northern Cape.

Union officials on site have opted not to take leave over the festive period to monitor any developments.

Bongani Mthembu, a shop steward for the Building, Allied, Mining and Construction Workers’ Union, said there were mixed feelings among the beneficiaries about the payouts.

“We are happy about the money, but the tax is the sad part,” he said.

‘Tool kit’
Workers were informed only this year that the payout would be taxed at between 30% and 40% — and it is a bitter pill to swallow.

Zelda Nel, Envision’s project manager, said employees had been prepared to expect the taxation and most would also have to submit a tax return for which they had been equipped with “a tool kit” — a graphic package to help explain the tax component.

An extensive training programme has been implemented to inform the beneficiaries about using their money wisely. It encourages them to pay their debts first and then invest in items that will grow the capital, and warns against pyramid schemes and loan sharks. A financial fitness workshop and access to a financial adviser have helped to prepare employees — and their spouses — for the imminent payout.

A materials controller at Sishen said the Kumba share price was good when he made his choice and signed the relevant documentation; the price has since fallen to below R460 a share. “It was high at the time, but it has dropped quite a lot. I am worried it will drop further, but I can’t complain — it’s free money.”

Paranoia has also started to set in. “My financial affairs are none of your business,” one artisan snapped when questioned by the M&G.

The chairperson and general secretary of the National Union of Mineworker’s Sishen branch also refused to comment in the media, concerned that the publicity would attract unsavoury characters to the area. The company has also injected funds into the local police force in an effort to improve security in the area.

Kumba developed its own affordable housing project and 1 067 houses have been built to date. There are 900 people on the waiting list, many of whom have added their names in expectation of the Envision payout.

Older houses, as part of a development in town, have recently been offered for sale to their tenants. “There are a lot of people who want to buy the houses for cash,” said Sishen’s accommodation manager, Jimmy Walker. “Thirty-two houses were sold in one week.”

At just 3%, the staff turnover at Sishen has been exceptionally low in recent years. A Sishen employee survey indicated that only 6% of the workforce had decided to leave after the payout.

But this is hardly surprising — a second scheme will launch on November 11 and its beneficiaries will receive biannual dividends and another lump-sum payout in 2016.

Creating a sustainable shares scheme
In November 2006 the iron ore assets of the former Kumba Resources Group were unbundled into the Sishen Iron Ore Company. Simultaneously, Kumba Iron Ore was listed on the JSE and acquired 74% of the company, whereas the remainder of the shares were acquired by Kumba’s empowerment partners.

Exxaro Resources, the largest black economic empowerment mining company on the JSE, got 20%, Sishen Iron Ore Company’s community development trust got 3% and a further 3% went to the employee empowerment scheme.

Envision holds the Sishen shares for the benefit of employees, who in turn have been allocated units notionally linked to the underlying company shares.

Envision was structured to be a 10-year scheme with two five-year maturities. It targets all employees below managerial level — from line supervisors to cleaners — who have been with the company since 2006. Those workers who joined later will be paid out proportionate to their years of service.

Employee beneficiaries of Envision received a portion of all dividends — R55 000 each since 2006 — received by Envision from Sishen in respect of the underlying shares.

The Envision scheme reaches its first five-year maturity at the end of November. Payouts will be made on December 15 if the receiver of revenue issues the tax directives in time to do so.

Each employee will be entitled to receive Kumba shares that will be swapped for the Sishen shares using the price earnings ratio of Kumba and the most recent ­earnings of Sishen at the end of the first term.

Employees who have stayed the maximum period of five years at Sishen will receive the maximum 3 375 units. At the end of September a unit was valued at R142, which means the maximum payout is R470 000.

The scheme will then be rolled over for another five-year period immediately after the current scheme is unwound, and the ­second term will operate under the same conditions as the first.

Sishen’s community development trust was part and parcel of Kumba Iron Ore’s BEE deal. Last year the trust redeemed all the preference shares held by Kumba six years earlier than the transaction time and it is now worth R6.8-billion.

The trust chose to fund five established local development organisations to empower and benefit communities in the Northern Cape and Limpopo beyond the life of the mines.

Bongani Mqaise, projects director of the trust, said it had delivered 58 projects to the beneficiary communities and funded projects worth R230-million since 2007.

In June, 27 additional projects were approved.

In response to the Covid-19 pandemic, Eswatini, South Africa and Zimbabwe have implemented new rules on disinformation. But these may have unintended consequences
Read more
Advertisting
Continue to the category
Business