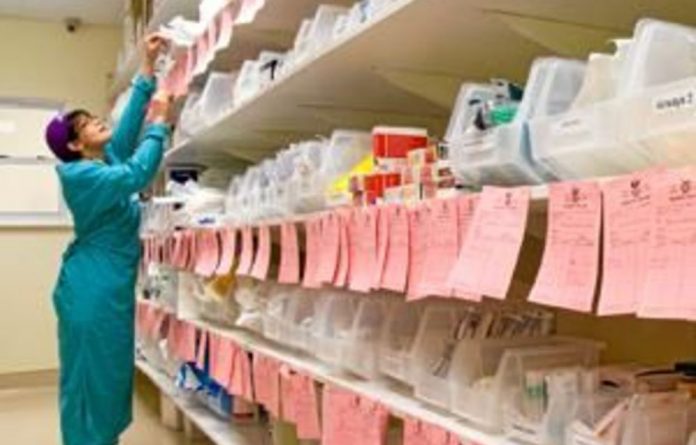 Selecting a medical scheme with the right cover at the right price is a minefield. So medical scheme consulting firm Alexander Forbes Health has created the benefit richness comparison model — a table that compares the benefits and claims paid by a scheme in relation to the monthly premiums paid — to help its clients to understand the benefits of their scheme. A value-for-money indicator, the schemes below an indicator line offer the best cover for the best price and those above the indicator line are overcharging for what they offer.

So far Alexander Forbes Health has assessed only the fully comprehensive options of several schemes and is still to analyse middle of the road options, which tend to be more popular.

Based on this analysis, Momentum Health and Discovery Health offered the richest cover for the best value. But both schemes (in the Discovery Essential range plans and Momentum Summit plans) had outliers, sitting well above the average for costs. This highlighted the need to compare the individual options within a scheme as well as the complexity facing consumers.

Fedhealth’s Maxima options, the Bonitas medical fund and the Sizwe medical aid all came in at higher prices relative to the benefits they provided.

Butsi Tladi, head of Alexander Forbes Health, said they created the model because they found that clients and advisers were struggling to compare schemes because of the complexity of the cover and the lack of comparative pricing.

“The regulator wants to encourage medical schemes to have their own rates of cover, but how can a member know what 200% of the Discovery rate or Fedhealth rate actually represents in rands? There are 98 schemes, all with various options. In the absence of a benchmark rate, how is the individual supposed to understand how each rate of cover compares to another?” said Tladi. It was almost impossible for members to know whether the scheme they were on was offering good value.

The first challenge for consumers was that there was no comparison for medical prices. The old “board of health providers rate”, which was a proxy for private health care rates, was disallowed by the government several years ago as it was seen as anti-competitive. The department of health then issued a national health reference price list as a guideline for prices paid for medical services, but that was not updated and has fallen away.

This left consumers with no way to determine what a reasonable price was for a doctor’s visit or a medical procedure. It also meant that they had no idea whether or not their medical cover was sufficient to meet these costs. The idea was that one would shop around, but how realistic is it for someone to phone several specialists and hospitals asking for their price list on a hernia operation?

Even if a member was that proactive, doctors found a way to juggle the pricing between funds. Some doctors would price their service according to the member’s scheme so, if a member belonged to a scheme with higher cover, the member would pay more. This just increased the cost of running the medical scheme, which was possibly why top-end, fully comprehensive schemes were mostly running at a loss.

To cut costs, medical schemes are focusing on cutting benefits, which is creating a whole new insurance industry in gap cover. The trend is for people to buy the cheapest medical cover and then top up with gap cover insurance, which will pay up to 400% of the schemes’ rates.

Several years ago Discovery Health reduced its hospital cover on some of its high-end schemes from 300% to 200%.

Tladi said that, for a while, other schemes kept the 300% cover as a differentiator but most have followed Discovery’s lead and reduced cover.

Although Discovery argued at the time that the move was immaterial as members who used hospitals and specialists within their network would be fully covered, what if one lived in an area where the hospital in town was not tied to the Discovery network?

This year Discovery changed some of the hospitals in its KeyCare range to stem the 17% loss it was experiencing in the range.

Tladi said that, although the registrar of medical schemes was opposed to this type of gap insurance, it was a fast-growing market.

Part of the issue for medical schemes was the compulsory inclusion of some prescribed minimum benefits, which prevented schemes from offering plans that provided only hospital cover, although this was ultimately what many consumers were demanding.

These prescribed minimum benefits were driving healthcare costs and medical schemes needed to find ways to cut costs, often by limiting the medication they would cover. Tladi said, for example, that hypertension, which was covered under the compulsory prescribed minimum benefits, was a serious cost to medical schemes. Some had removed Lipitor as a medication covered for the condition as there were cheaper generics available. This meant that, next year, a member could find that the medicine they had been prescribed and had been taking for several years was no longer covered.

To contain soaring medical costs, schemes were also moving their members on to doctor and hospital networks by offering premium discounts. For example, Momentum Health, the first medical scheme to introduce hospital networks into their higher priced options, offered discounts of up to 30% for members using hospitals, doctors and specialists in their network.

Discovery Health introduced general practitioner and specialist networks five years ago, which at the time was fiercely challenged by the medical fraternity, but it has become widespread in all schemes as a cost containment measure.

Tladi said Bonitas managed to reverse its R540-million loss last year by insisting that members had to use network general practitioners to receive a referral before seeing a specialist.

Schemes are also focusing on attracting healthier, younger members with lifestyle benefits such as Discovery’s Vitality and Momentum’s Health Rewards, which pay back cash of up to R3 600 a year to members.

Main cost drivers are specialists and hospitals
Medical aid scheme increases for 2012 range from 7.2% for Fedhealth to as high as 11.9% for Sizwe. The main cost drivers remain medical costs associated with specialists, hospitals and new technology. But individual schemes are affected by profiles and operating costs, which result in different cost drivers. Schemes running losses or fast-growing schemes have to increase premiums to build up reserves.

It is important to look at the longer-term price increases to understand pricing trends. Fedhealth, which has the lowest increase this year, had the highest premium increase in the market two years ago. If one looks at the longer-term price increases over eight years, Discovery Health has the lowest overall pricing at an average of 8.7%. Although Sizwe and Bonitas match this figure, they both had a year in which they had zero price increases, which were not sustainable, so they had much higher increases subsequently.

Sizwe’s premium increase this year is driven by high losses within the scheme. The head of Alexander Forbes Health, Butsi Tladi, said the scheme experienced extremely high claim ratios of more than 90%. Unlike new-generation schemes that have savings pockets to cover day-to-day expenses, Sizwe, as a traditional scheme, created a perverse incentive for members to use all their benefits. Those who did not use benefits, such as prescription glasses once a year, for example, lost the benefit, hence members tended to tap into all available benefits.

Fully comprehensive schemes and entry-level schemes usually run at a loss and therefore tend to have much higher price increases. Higher-end schemes tend to have more pensioners, driving up the claims ratio. For example, Discovery’s executive plan is running at a 46% loss and its Keycare range at a 17% loss.

Fedhealth increased its Ultima range by 7.1%, but its Maxima range increased by only 6.8%. The scheme specifically stated that the higher increases were owing to the higher number of pensioners in the Ultima range.