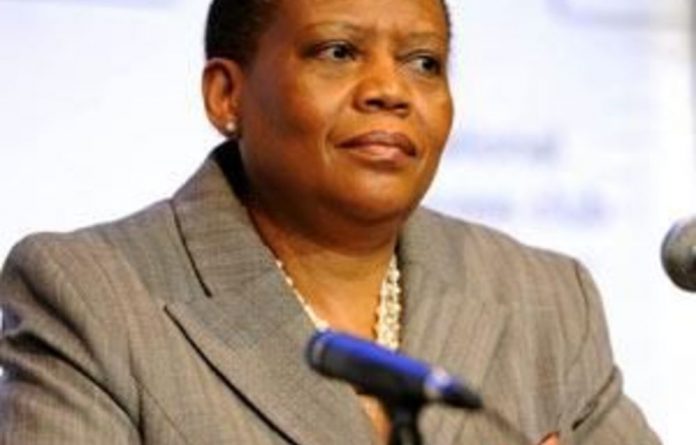 The Presidency announced on Tuesday that Pansy Tlakula is the new chairperson of the Independent Electoral Commission.

She replaces outgoing chair Brigalia Bam who chaired the IEC from 1999.

On Monday, the Mail & Guardian reported that Tlakula had been appointed as chairperson by President Jacob Zuma and that advocate Terry Tselane had been chosen as her deputy.

The presidency praised Tlakula, who had been working at the IEC as the chief electoral officer.

“Under her [Tlakula] leadership and that of former chairperson, Brigalia Bam, the IEC has developed a reputation for being an efficiently run organisation, whose advice has been sought by countries in the continent and beyond. The commission has made South Africa proud for delivering free and fair elections without fail, since the advent of democracy in 1994,” it said.

The position of chief electoral officer at IEC is now vacant.

A parliamentary ad-hoc committee chaired by Chief Justice Mogoeng Mogoeng had recommended Finca, Taljaard, Tselane and Tlakula for the job of chairperson.

Former director of the presidency Frank Chikane had also been recommended but it seems he fell out of favour after a series of articles in the Star titled The Chikane Files that attacked Zuma and the ANC.

The president appoints commissioners to the IEC in accordance with section six of the Electoral Commission Act of 1996.

Tselane, who has worked part time at the IEC since 1994 said he looked forward to working with the team that had been chosen.

“It is a team of vibrant and highly committed South Africans,” he said.

“I am very excited but my excitement is tempered by the great responsibilities on our soldiers. The previous committee achieved a lot and a lot is therefore expected from this commission.”

Tselane said one of his first roles as deputy chair of the IEC would be playing a technical support role in the elections in the Democratic Republic of Congo that are set down for November 28.

“We are willing to provide assistance to countries in the continent provided their elections don’t clash with the South African elections.”