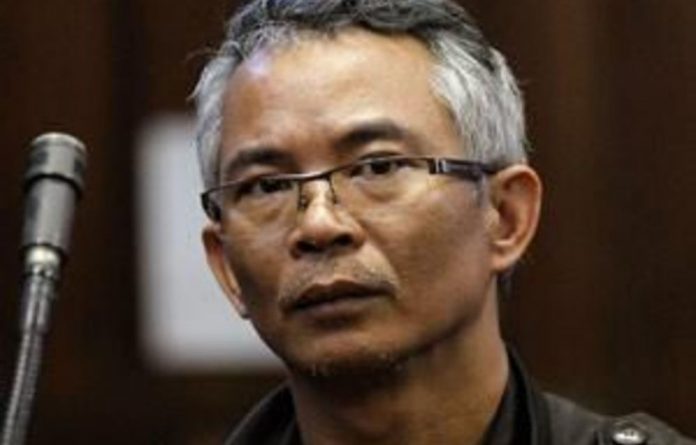 A Free State game farm owner has appeared in the Kempton Park Magistrate’s Court alongside two men accused of exporting rhino horns from South Africa, the Star reported on Wednesday.

Marnus Steyl was granted R100 000 bail on Tuesday ahead of the trial in June, according to the report.

Steyl’s farm was allegedly used by a syndicate to hunt rhinos with Thai prostitutes and strippers posing as bogus rhino hunters.

Chunchom was arrested at OR Tambo International Airport on Friday after the Hawks suspected he may have to return to engage in illicit activities.

A South African court found him guilty last year of smuggling animal products like lion bones into the country. He was fined R10 000.

Both he and Lemthongthai face charges of contravening the Customs and Excise Act, and fraud, according to the report.

It was believed 26 rhinos may have been shot by the syndicate using legal hunting permits.

Steyl’s attorney Alwyn Griebenow told the newspaper he planned to get a copy of the police docket and fill in an application to check the exact charges against his client. — Sapa