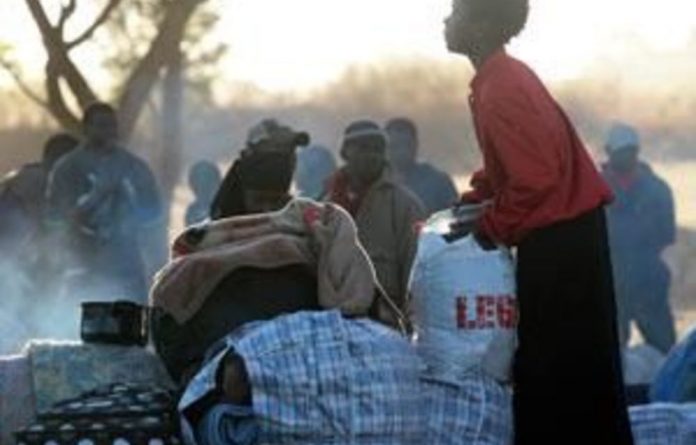 Overcrowding at detention centres for those arrested as undocumented migrants — and the deportation processes of those held there are subjected to — is contributing to the spread of infectious diseases, posing a serious risk to the health of detainees, government officials and the public at large, a human rights group says.

The Johannesburg Migrant Health Forum was prompted to write to Home Affairs Minister Nkosazana Dlamini-Zuma, asking her to clarify the management of health problems caused by detention centres and deportations.

South African legislation provides for free access to basic healthcare for refugees and asylum seekers with or without a permit. Should undocumented migrants be deported they lose access to chronic medication.

Undocumented migrants living with tuberculosis (TB) who — as a result of detention and deportation — are unable to complete their course of treatment may develop multidrug-resistant TB, which can then infect those around them and proliferate.

An overcrowded detention centre is fertile ground for TB to spread — posing risks to the undocumented migrants themselves, officials and police working at the centre, says Jo Vearey, a senior researcher at the African Centre for Migration and Society (ACMS), a migration research institution.

The letter to the minister, sent on November 3, requests information on whether chronic medication is supplied, “particularly where medication is lost or access denied”.

Last resort
It asks if “detention centres provide health [care] and special needs screening and if infection control for TB is provided”.

The Sonke Gender Justice Network, Section 27, and the Consortium for Refugees and Migrants in Southern Africa signed the letter, which was written in response to the lifting of a moratorium on deporting undocumented Zimbabweans on September 27.

The letter explains that contacting the health minister was a last resort after lower-level officials failed to answer questions or supply them with information about migrant health issues. Vearey says the forum has been told that the letter has been received, but that they have not received a reply yet.

A study done by Vearey’s colleague at ACMS, Roni Amit in 2010, paints a bleak picture of access to healthcare by undocumented immigrants detained at the Lindela Repatriation Centre in Krugersdorp.

The study showed that 62% of people on chronic medications did not that have access to them, including ARVs. Twenty-nine percent of undocumented migrants were given pain medication with no diagnosis from doctors or nurses.

Poorly maintained
DHA has contracted day-to-day operations at Lindela to private security company Bosasa and rights groups asked what directives Bosasa and the police have been given regarding the provision of health services to undocumented migrants.

Vearey’s report states that Lawyers for Human Rights in 2010 found that the Musina centre near the Zimbabwe border did not even have first aid kits.

“Both men and women now have access to toilet and washing facilities but the police have not properly maintained these toilets and the facility remains dirty and unhygienic,” according to a Lawyers for Human Rights report.

Detention centres need to offer the same health services as prisons in terms of the law, Vearey argues.

Prisons screen for TB and so should detention centres, writes Vearey in a report on health issues related to deportation that was also sent to Dlamini-Zuma. Vearey adds, “there are no standardised protocols for chronic treatment and deportation in South Africa”. But she argues that detention centres are similar to prisons and should have the same systems in place.