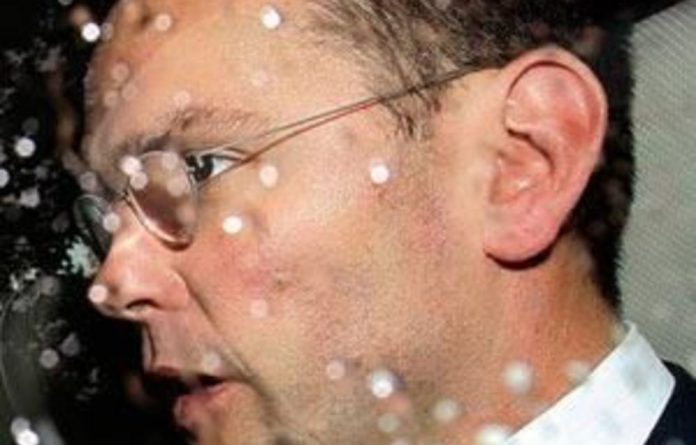 James Murdoch angrily rejected claims on Thursday that he was like a “mafia boss” and denied misleading British lawmakers about the extent of his knowledge of phone-hacking at the News of the World.

In heated exchanges with MPs who were grilling him for a second time about the scandal, the News International chairperson instead tried to blame the former editor and legal chief of the now-defunct tabloid.

Murdoch (38) was recalled by the parliamentary media committee to explain apparent discrepancies in the evidence he gave during the previous hearing alongside his father, media mogul Rupert Murdoch, in July.

Opposition Labour lawmaker Tom Watson stunned the hearing on Thursday by accusing News International of being bound by a pact of “omerta”, the Italian mafia’s code of silence.

James Murdoch dismissed the comparison as “offensive” but Watson pressed on, saying “Mr. Murdoch, you must be the first mafia boss in history who did not know he was running a criminal enterprise”.

‘Smoking gun’
The 168-year-old News of the World was shut down in July after it emerged it had hacked the voicemails of Milly Dowler, a missing British schoolgirl who was later found murdered.

Murdoch fended off repeated questions about accusations by former News of the World editor Colin Myler and legal chief Tom Crone, who said he lied about whether he had seen a “smoking gun” email about the extent of hacking.

He admitted that he was told of the email at a meeting in 2008, which was aimed at deciding a pay-out for hacking victim Gordon Taylor, head of the Professional Footballers’ Association.

But he repeatedly denied actually being shown the so-called “for Neville” message — which was apparently meant for chief reporter Neville Thurlbeck — or realising it indicated hacking was widespread.

“The nature of the ‘for Neville’ email … any suspicion of wider-spread wrongdoing, none of these things were mentioned to me,” he told lawmakers.

He then tried to shift the blame, saying that Myler and Crone had themselves “misled” Parliament when they suggested Murdoch knew about the email’s contents and that they had failed to give him necessary details.

Denials
Watson hit back by saying that he had spoken to Thurlbeck recently and that he too said he believed Murdoch was made aware of the email but Murdoch again denied the claim.

Committee chairperson John Whittingdale said after the hearing that there were “direct contradictions” between Murdoch’s evidence and the accounts of Crone and Myler.

“It’s plain that, the two accounts we’ve heard, one of them can’t be true,” Whittingdale said.

Murdoch repeated his apologies for the scandal.

Damaging new claims in the past week had heaped pressure on the young scion of the Murdoch dynasty, particularly allegations that a private detective hired by the News of the World tracked lawyers of hacking victims.

Murdoch condemned the decision to hire an investigator as “appalling” and said Crone and a second, unnamed, News of the World employee were responsible.

Foam pie
Security was tight for the two hour and 37 minute hearing in a building adjoining the Houses of Parliament, after the Murdochs’ previous appearance was disrupted when a man flung a foam pie into Rupert’s face.

James Murdoch’s position at his father’s US-based News Corporation empire has appeared increasingly shaky and there are doubts over whether he will be re-elected chairperson of pay TV-giant BSkyB at an AGM at the end of the month.

In his first appearance at the committee on July 19, James Murdoch maintained he had believed until last year that hacking was carried out by just one “rogue reporter”, former royal editor Clive Goodman.

Goodman was jailed in 2007 along with private detective Glenn Mulcaire after they admitted hacking into royal aides’ phones after which police closed the hacking probe until January this year when it was revived amid new claims.

After the revelations about Milly Dowler in July, two of Rupert Murdoch’s most trusted executives quit, as well as Britain’s top police officer and one of his deputies following criticism of the original probe. — AFP