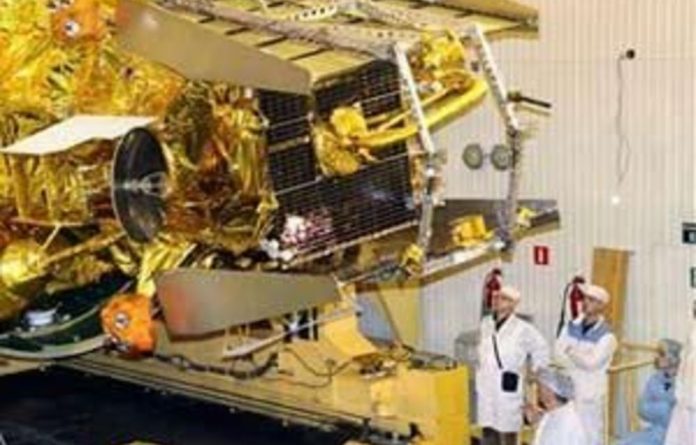 Russia made desperate efforts on Thursday to give a vital boost to a pioneering Mars probe that now hangs in a low Earth orbit and could potentially crash back down in a matter of days.

The unmanned Phobos-Grunt spacecraft failed to find the right course to the Red Planet and its moon, Phobos after taking off from a space centre Russia leases in Kazakhstan early on Wednesday.

The setback extended Russia’s year-long streak of space mishaps and dimmed the once-vaunted programme’s hopes of sending a manned mission to Mars some time in the next 25 years.

A source in the Russian space agency said Roscosmos had twice tried to establish contact with the wayward craft but had failed on both occasions.

“The scariest thing in this field is when you get no signal back from the craft,” the unnamed source told RIA Novosti after the second failed attempt.

‘Space junk’
Roscosmos said the main priority rested in quickly raising the bulky system into a higher orbit from which it could receive more detailed commands that could set it on its proper course.

“On this orbit, we can only maintain one-way communications — we can only receive telemetry data from Phobos-Grunt,” the official told Interfax.

“If the [upper-stage] thrusters fail to fire, Phobos-Grunt will soon turn into space junk,” another Russian space official told the news agency.

Roscosmos did not explain how exactly it hoped to revive the craft and one Russian space official had earlier said that success “would be a miracle”.

“Based on my experience, you cannot make the upper-stage work on a second attempt,” the armed forces’ former chief space adviser Vladimir Uvarov told Interfax on Thursday.

Russia’s main concern now is that the 13.5-tonne structure — also carrying the Chinese Yinghuo-1 satellite it was supposed to place in orbit around Mars — and its highly toxic fuel could crash back to Earth.

Failure to launch
The space agency said it had a window of two weeks to reprogramme the craft while it clings on to its current orbit. But the agency’s chief Vladimir Popovkin said the system’s batteries could only last three days.

The $165-million probe was set to reach Mars next year before deploying its landing craft for the mysterious Mars moon, Phobos in 2013. The original plan was to have it return to Earth with soil samples in August 2014.

The mishap caps an inglorious list for Russia’s space programme on the 50th anniversary of Yuri Gagarin’s first flight into space.

Three navigation satellites plunged into the sea after a failed launch in December and Russia has since lost new military and telecommunications satellites upon launch.

The last big space crash occurred in August when a cargo ship bound for the International Space Station failed to reach orbit — a frightening failure that some newspapers said could now be repeated again.

“The Mars mission’s failure could mean that we lose space as a field of scientific research,” the Nezavisimaya Gazeta daily added. — AFP

Trump hits out at May after leak of damning cables

UK parliament plots Brexit Plan B after sidelining May